Teachings of the Hindu Mystics

By Andrew Harvey
A wonder-inducing anthology of texts on the yoga path of devotion.

Andrew Harvey has focused much of his considerable energy over the years reveling in the world's mystical traditions. He is the author or editor of more than 30 books, including The Direct Path: Creating a Personal Journey to the Divine through the World's Spiritual Traditions. In this wonder-inducing anthology of the teachings of the Hindu mystics, he celebrates the devotional ardor of these seers and sages.

Robin Zaehner, a brilliant translator of the Upanishads and the Bhagavad Gita, has observed: "In the family of religions, Hinduism is the wise old all-knowing mother." Harvey explains that nearly all religious Hindus have faith in rebirth and karma, the cyclical nature of time, the transcendent and immanent aspects of the Divine, and the dead end of a life lived in ignorance of eternal Truth. Further, this mystical tradition, according to the author, is "essentially practical, concerned with teaching, inspiring, and guiding authentic transformation."

Although this ancient religion offers four different paths, most of the texts here are concerned with the yoga of devotion or adoration. There are a substantial number of passages from the Bhagavad Gita on the virtue of equanimity. Sri Ramakrishna writes poignantly about the hospitality of God, describing her as "the mother [who] cooks the same fish differently for her children that each one may have what suits his stomach." And in a wonderful poem, Rabindranath Tagore affirms both grace and ugliness as taking "equal seats at the court of Creation." There are also passages from Mirabai, Vivekananda, Ramana Maharshi, and Sri Aurobindo. 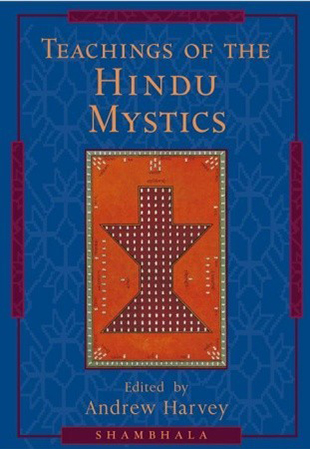