Silent Fire Bringing the Spirituality of Silence to Everyday Life

By James A. Connor
An exquisitely written spiritual memoir about the inward journey of silence and the many marvels it contains and engenders.

James A. Connor teaches English at Kean University in Union, New Jersey, and is the author of a collection of short stories entitled God's Breath and Other Stories. For 18 years he was a Catholic priest and a member of the Jesuit Order. In this exquisitely written spiritual memoir, he travels back 20 years to a time when a couple whose infant had died in a freak accident reached out to him for guidance. Unable to wrap either his mind or his Christian faith around their tragedy, Connor decided to take a retreat from the parish ministry. He set up a hermitage in a cabin on the shore of Little Shuswap Lake in British Columbia.

"The silent life is the first step to contemplation. It is the one door into communion with God," Connor realizes. Reading books by Rudolf Otto, Thomas Merton, and others, the author plunges into a raw confrontation with the mysteries of God and the complexities of his false self. Connor experiences what he calls the four circles of silence: first abandoning words, then stilling the soul, then losing self-consciousness, and finally embracing the world as it really is, not as we dream it to be.

The longer he sits in silence, the more he comes to respect the art of waiting and the arrival of mystery. Of course, all of Connor's demons come to the surface on this retreat — namely, his impatience (which he attributes to a need to control things) and his desire to stand apart from the crowd as someone special. At one point, the author goes somewhat beserk trying to get a bat out of his cabin. At another, he feels a fellowship of silence with a strange old man named Joe.

All explorers of the terrain of silence will find many beautiful insights in this honest and multileveled spiritual memoir. For Connor, this retreat deepened his faith and brought him closer to his soul center. Coming away from this extraordinary work, you will feel a keen appreciation for silence as a grace that nurtures, heals, reveals, and renews. 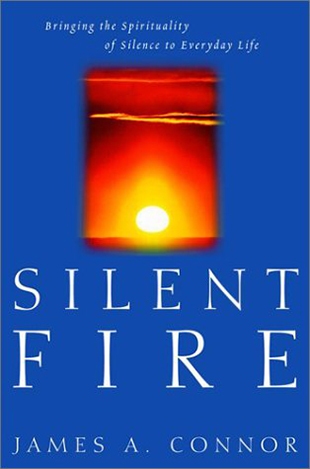