By Christine M. Bochen, Patrick F. O'Connell, William H. Shannon
An invaluable resource on the life and writings of the great Trappist monk and pathfinder.

Here is the most valuable and definitive resource available on the life and writings of the Trappist monk and Christian pathfinder Thomas Merton (1915 - 1968). The editors of this substantive volume have the highest credentials: William Shannon is the founding President of the International Thomas Merton Society; Christine M. Bochen served as editor of Thomas Merton: Essential Writings; and Patrick F. O'Connell was past president of the Thomas Merton Society. The 350 entries in the book are arranged in alphabetical order from A (abbot) through Z (Gregory Zilboorg) with 50 illustrations.

The entries in this encyclopedia fall into four categories: (1) Merton's books, (2) a selection of essential themes that emerged from these books, (3) the persons who were important in his life, (4) the places where he lived. Of the more than 100 books and pamphlets that Merton wrote, most of his writings are available in published form. The release of his journals and letters has been a boon to all those who cherish his expansive Christian vision.

The editors point out in the introduction that Merton's greatest gift to the Christian community was contemplative spirituality — "gift not in the sense that he invented it, but that he rescued it from the marginal place it had occupied for so long a time. Contemplative spirituality is not primarily about prayer or methods of prayer. It is not one single compartment of human life; it embraces each and every aspect of our lives and all our relationships: to God, to others, to the whole created universe."

We are especially thankful for the wide selection of in-depth material on the themes in Merton's writings such as compassion, conscience, creativity, ecumenism, faith, hope, humility, joy, love, peace, and silence. These essays are filled with many examples of his wisdom on social, political, literary, psychological, and religious matters.

It is awesome to take in the breadth of Merton's reading, writing, and dialogue with the world religions, including Buddhism, Judaism, Sufism, Taoism, and Hinduism. He was a pioneer of what Wayne Teasdale has called "interspirituality." The encyclopedia also covers Merton's work for justice and peace, proving once again the close connection between contemplation and social action.

The brief biographies of Merton's soul friends adds a personal dimension to the encyclopedia with profiles of Daniel Berrigan, Ernesto Cardenal, Abraham Joshua Heschel, Dorothy Day, Rosemary Radford Ruether, Boris Pasternak, Thich Nhat Hanh, and many others. And what a wonder to behold Merton's creative output with poetry, drawings, calligraphies, and photographs. The true responsibility of the Christian, he once wrote, is "to receive the Holy Spirit and cooperate with His transforming work in time now." Well said and well done, Thomas Merton, faithful and prolific servant of God. 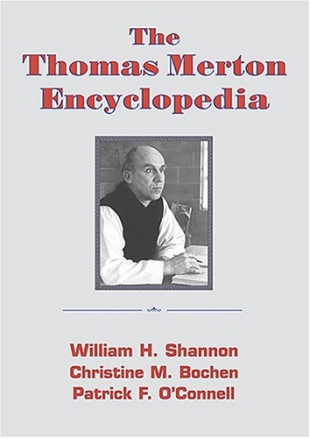