Creativity Where the Divine and the Human Meet

By Matthew Fox
Reveals how this faculty is the alchemy that can transform us and our world as we move to the next level of evolution.

Matthew Fox is an Episcopal priest, the author of more than 20 books, and founding president of the University of Creation Spirituality in Oakland, California. A visionary activist who has revitalized the long-buried mystical and life-affirming impulses in the Christian tradition, he believes that creativity is "the longest standing habit of the universe." This is an important book that speaks directly to the lack of imagination in contemporary culture. Fox is convinced that we must apply our creativity to the service of justice and compassion. There are more important things to be done with our God-given ingenuity than dreaming up new smart bombs!

Fox sees creativity as "a place, a space, a gathering, a union, a where — wherein the Divine powers of creativity and the human power of imagination join forces." Only problem is, we have not tapped into this force field and have chosen instead to squander our energy on consumerism, addiction, and destructiveness. He quotes a startling statistic to prove his point: "We are going through the greatest extinction spasm in the last sixty-five million years of the planet."

Fox discusses two myths about creativity and its consequences, the Prometheus-Hercules myth and the Adam-Jesus myth, and goes on to assess the hurdles we face in bringing our God-given creativity to the fore in human affairs. He hits high stride when he outlines ten ways we can make the best use of creativity, including learn to praise, enter the dark, practice intimacy, and deepen your sense of gratitude. He ends the book with ideas on how to put creativity to work in education, everyday life, relationships, politics, and worship.

Fox demonstrates his trademark enthusiasm and visionary energy in his latest contribution to the spiritual renaissance. As always the reader will note the deluge of quotations from his favorite authors: Meister Eckhart, Mechtild of Magdeburg, Hildegard of Bingen, Thomas Aquinas, Rollo May, and Otto Rank. The author is convinced that creativity is the alchemy that can transform us and our world as we move to the next level of evolution. 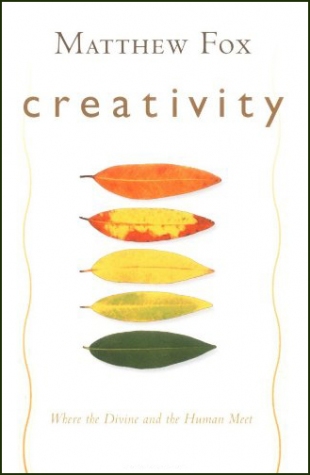