Taizen Maezumi Roshi arrived in the United States in 1956, serving for more than ten years as a Soto missionary to the Japanese-American community in Los Angeles. In 1967, he and a few American students established the Los Angeles Zendo. Bernie Glassman is a dharma heir to Maezumi and founder of the Zen Peacemaker Order. He is the author of Instructions to the Cook, Bearing Witness, and Infinite Circle. This paperback is a collection of dharma talks and commentaries on classic Zen texts which revolve around the central themes of sitting, sesshin, bowing, receiving the precepts, koan study, and the sayings of the great master Dogen Zenji.

In his introduction to this material, Robert Aitken writes: "We learn in Zen practice the infinitely precious nature of each particular entity, person, animal, plant, thing, and their complete equality. It is not an easy path. It is not easy to brush away the delusions that cloud emancipating truth. Without religious devotion, Zen becomes a kind of hobby. Without the Great Death and Great Rebirth, it becomes a kind of self-improvement exercise. It is not a subject to be mastered with a certain form or a certain curriculum, but a lifetime training." Throughout these dharma talks, Maezumi and others make it clear that practice is an integral part of Zen. He helps us recall the words of Dogen Zenji, the thirteenth century founder of the Japanese Soto School of Zen: "Practice and enlightenment are not two."

Maezumi tells the story of Hakuin Zenji, who at the age of twenty-four, attained clear enlightenment upon hearing the temple gong at dawn. He compared himself to others and came to the conclusion that nobody in the last hundred years could match what he experienced. However, later on his life, he came to see that his conceit and arrogance had defiled his enlightenment. Or as Maezumi puts it later in the book: "Even enlightenment can become a hindrance by which you increase the separation between yourself and others. Enlightenment is one of the sicknesses of Zen!"

The dharma talks shed light on spiritual practices dealing with the body, breath, and mind. Check out the piece by Bernie Glassman on koans and the one by Taizen Maezumi on kitchen work: they are both quite cogent. Let's close with a thoughtful quote by the founder of the Los Angeles Zendo: "Everything is the Buddha; time itself is the life of the Buddha. Do not kill time, when you kill time, you are killing the Buddha." 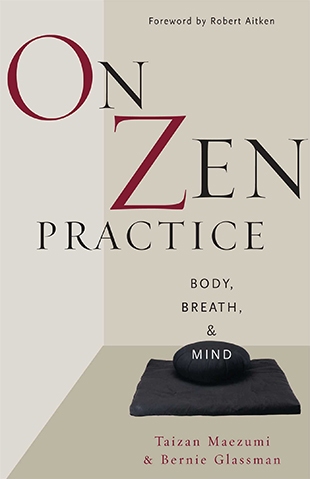