Strength for the Journey Biblical Wisdom for Daily Living

By Peter J. Gomes
Twenty-two sermons on a variety of themes including hope, happiness and struggle.

Since 1974, Peter J. Gomes has been Plummer Professor of Christian Morals and Pusey Minister in the Memorial Church at Harvard University. This volume contains 22 sermons keyed to the rhythmic motions of the liturgical year. Publishers Weekly called "Outer Turmoil, Inner Strength," which is included here, one of the most eloquent and sensitive Christian responses to the terrorist attack of September 11.What is most notable about these sermons is the old-fashioned emphasis upon morality and the virtues that seem to be on the wane in these times when everything is moving at warp speed. Check out Gomes and his musings on goodness, struggle, and holiness. With wry honesty he notes: "No job description, to my knowledge, contains among its list of desirable qualities those of mercy, kindness and humility." He is not adverse to going against the grain, as when he criticizes the emptiness of consumerism and its twin sister materialism:

"Our pundits, pollsters, and politicians, and even many of our people, don't seem to get it: as long as the so-called American dream is the desire for tin-pot economic and material success together with an entitlement and an attitude, that dream will turn out to be the nightmare it has become for so many, and we bless God that it remains an elusive nightmare. People will beg, borrow, and steal to claw their way into that material dream, and when all is said and done they remain unsatisfied, unfulfilled, and ill-served. What else can explain the paradox that the richest, most powerful, and most Christian nation on the earth — that's us — is also the most unhappy, anxious and spiritually insecure nation on earth, all at the same time? Could it be that who dies with the most toys does not win?"

Perhaps the best sermons in the book are two on the Christian virtue of hope. In one he states: "Advent bids us confront the tyranny of the past, chuck it, get over it, put it away, and get on with the future. . . . Christians possess the future because that is where God intends to meet us once again. That is why we must always look ahead and not back, and why we must always trust and not fear: for the Christian the imperishable slogan must always be 'Our best days are before us!' "

The other, quoted in the excerpt here, ponders hope as an act of imagination and courage. Both affirmations of hope are timely in the sense that they speak to our yearning to move into the future with buoyancy rather than allowing the adversities of the present moment to drag us down. 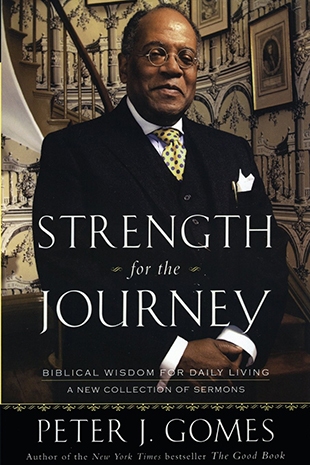