By Robert Jay Lifton
Explores the dangers inherent in the war on terrorism and U.S. military expansionism.

Robert Jay Lifton is Visiting Professor of Psychiatry at Harvard Medical School and the author of many important books, including The Protean Self: Human Resilience in an Age of Fragmentation and The Broken Connection: On Death and the Continuity of Life. As a psychiatrist concerned with history, he has examined the destructive excesses of our times — Nazi genocide, the atomic bombings of Hiroshima and Nagasaki, Chinese Communist "thought reform," the Vietnam War, and the dangerous activities of Aum Shinrikyo and other cults in the late-twentieth century.

Now Lifton takes a hard look at the competing apocalyptic visions of Islamist terrorists and America as superpower. These two forces are squared off in a duel to the death; each side sees the other as evil, and each is willing to use mass destruction to achieve its aims. After examining the terrorist dynamic, Lifton explores the United States' so-called war on terrorism which he believes has its genesis in the country's need to assert power on the global stage in order to cover up its deep fears about vulnerability. He lambastes the doctrine of preventive war which "provides a rationale for anyone's murderous military ventures." America's superpower syndrome reveals the continued belief in its exceptionalism and entitlement to a life immune from the defeats and sufferings of others.

Having written much about the insanity of nuclearism, Lifton still worries about the 10,000 nuclear warheads that the United States has in its gigantic military arsenal. Nevertheless, he sees this book as a hopeful one, especially if it helps more people see the light on the dangers inherent in the present-day policies. 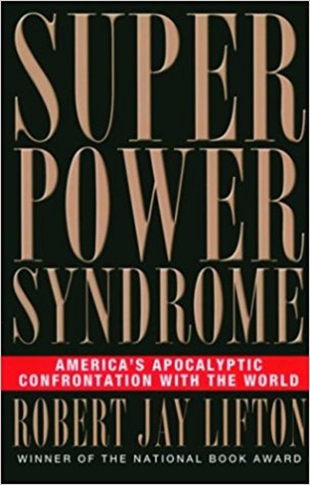