By Jane Dobisz
Salutes the riches that come from spiritual practice during a 100-day winter experience in the woods of New England.

In this splendidly candid and beautifully written volume, Jane Dobisz, the guiding teacher of the Cambridge Zen Center in Massachusetts, describes a 100-day solo retreat in the woods of New England in the winter during which she had no electricity, no phone, and no visitors. She practiced Zen 18 hours a day with prescribed times for sitting, bowing, walking, chanting, work, eating, and rest. Spiritual practice became a gateway into the importance of attention and giving herself completely to each moment as it presents itself. There have been plenty of other books about solitude and the refreshments emerging out of silence and communion with the natural world but this one is special because of its radiant glints of wisdom about Zen.

Zen Master Seung Sahn told his students that bowing is the "number one way to make your karma disappear." He has done a thousand bows every day no matter what. In contrast, Dobisz points out, we in the West have an aversion to bowing down to anything or anyone. In Eastern religious traditions, it is seen as a sign of respect, a greeting and a chance to pause: "Bowing is the act of our small self bowing to our true self . . . Each bow is a chance to wake up from the illusion that we are somehow separate from the universe." The more Dobisz relaxes and gets into the rhythms of solitude, the more she senses her connections to everything around her. In one uplifting passage, she salutes the sangha of those around the world chanting with her in the evening. Then comes the realization that her community also includes the moon and the stars and all the animals. All things and all beings are included in the sangha. 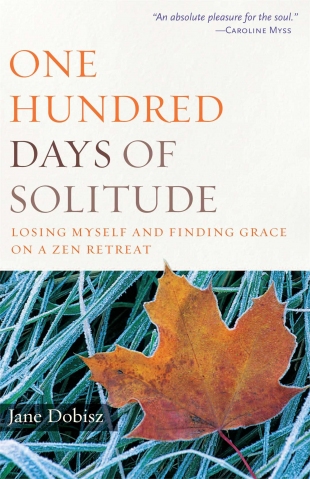