By Beatrice Bruteau
Pays tribute to this monk who pioneered interreligious dialogue and an earth-centered mysticism.

This compilation pays tribute to the spiritual legacy of this Benedictine monk (1906-1993) who pioneered interreligious dialogue and an earth-centered mysticism. Griffiths went to India where he set up a unique monastery in order to integrate the rationality of his training in the West with the intuitive capacity of the East (Hindu and Buddhist mysticism). In one of the best essays in the book, Brother Wayne Teasdale salutes the efforts of this Christian visionary to embrace the offerings of other religious traditions. Pieces by Rupert Sheldrake and Thomas Berry build upon Griffiths's contributions to the meeting point between spirituality and science.

To get a sample of the profundity of Bede Griffiths's thinking check out the lecture included here given at Holy Names College in Oakland, California. "The Other Half of My Soul" makes a singular contribution to the understanding of world religions with its insights into mysticism, the Divine Feminine, and the fruitful meeting between East and West. 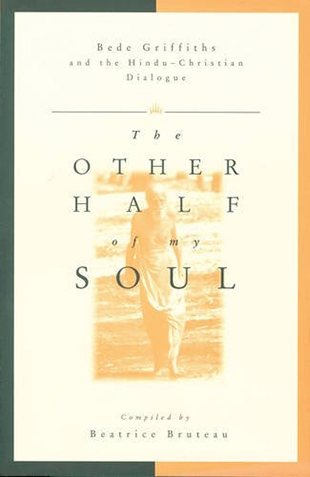