By Rowan Williams
An overview of Christian spirituality from the New Testament to St. John of the Cross in the sixteenth century by the Archbishop of Canterbury.

The goal of a Christian life, according to Rowan Williams, the Archbishop of Canterbury, is not enlightenment but wholeness — "an acceptance of this complicated and muddled bundle of experiences as a possible theater for God's creative work." In this thematically rich volume, the author presents his overview of Christian spirituality from the New Testament to St. John of the Cross in the sixteenth century. The major focus is on "the ways in which a succession of Christian saints attempted to articulate their vision of the Christian calling, the diverse ways in which they responded to the call toward wholeness." Among those included are Ignatius of Antioch, Irenaeus of Lyons, Clement of Alexandria, Origen, Athanasius, Basil of Caesarea, Gregory of Nyssa, Augustine of Hippo, Martin Luther, and others. The journey of faith for these Christians involved a continual reframing of belief, ethics, love, ecstasy, and understanding.

One theme that leaps off the page is Williams' attention to the thorny topic of deification. It is a subject that has not been given enough attention by parish clergy and Christian educators. Origen and Athanasius struggled with the meaning of sharing the divine life. Gregory of Nyssa wrote about imitating the pattern of God's life as revealed in Jesus and was quite clear that judgment will have nothing to do with knowledge but only compassion. Augustine had trouble with the Greek language of deification and preferred to use the scriptural terminology of adoptive sonship through baptism; as sons and daughters of God we are called to love our neighbor and follow in the footsteps of Jesus. The Desert Fathers went right along with this ideal. Antony said: "If we gain our brother, we gain God." Even Luther, who put so much emphasis upon grace, challenged believers to become Christ for others as an expression of faith. It will be interesting to see how the idea of deification plays out in the life of Christian communities in this century. 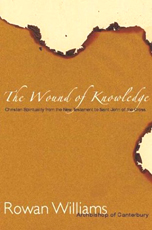