By Bede Griffiths, Thomas Matus
Salutes this interspiritual pioneer's mysticism, love of nature, and appreciation of the Sacred Feminine.

Thomas Matus, a Benedictine Camaldolese monk who worked with Bede Griffiths in India, is the editor of this volume in Orbis' Modern Spiritual Masters series. The book is divided into the following sections: A Vision of Nature, The Challenge of Hinduism, Awakening to the Feminine, A New Age, and Final Unity. These excerpts from the autobiographical writings and other books of Bede Griffiths (1906 - 1994) provide access to his mystical love of the natural world, his fascination with the primal religion of India, his belief in the marriage between the masculine and feminine aspects of human nature, his attraction to perennial wisdom. and his lifelong respect for the spiritual practice of unity.

Bede Griffiths spent 25 years in a Benedictine monastery in England before venturing to India where he eventually set up a Christian community following the customs of a Hindu ashram. This pioneer of interspiritual awareness fashioned a theology that was cosmic, mystical, and respectful of all religions. Near the end of his life, Griffiths promoted a network of Christian meditation centers founded by John Main and was also quite taken with the emerging Green movements in Europe and America.

Matus gives plenty examples of how Griffith's Christian faith kept evolving over the course of his lifetime. In the following passage from his autobiography The Golden String, he broadens the traditional understanding of a sacrament to include every created thing:

"The whole universe is a sacrament, which mirrors the divine reality;  . . .  each created thing, though nothing in itself, is of infinite value and significance, because it is the sign of a mystery which is enshrined in the depths of its being . . .  Every human being is . . .  not merely an isolated individual carried along on the flux of time and doomed to extinction, but a member of a divine society, working out its destiny in space and time and subject to all the tragic consequences of subservience to the material world, but destined to transcend the limitations of time and space and mortality, and to enter into that fullness of life where there shall be 'neither mourning nor weeping nor pain any more.' The suffering of this world can have no meaning as long as we attempt to judge it in the light of this present time. We are like people who hear snatches of music, which they have no means of relating to the symphony as a whole. But when we have passed beyond the conditions of this present life we shall then have that integral knowledge in which the whole is known in every part, and every part is seen to mirror the whole." 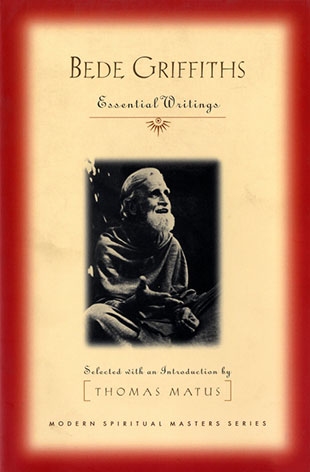