By Carl W. Ernst
Challenges us to respect the multiple meanings of this rich and diverse religious tradition.

The current total Muslim population, including all sectarian divisions, is thought to be about 1.3 billion, or roughly one out of four or five people alive today. The comparable figure for all branches of Christianity is 1.8 billion people, although these numbers are quite general and estimates vary considerably. Over the centuries in the West, Islam has been explained in negative images and stereotypes and the Prophet Muhammad has been shamefully slandered by both Christian and Jewish religious leaders, writers, and artists. This is lamentable given the fact that within Islam, Jesus is revered as a prophet of God and Mary as his beloved mother. Equally sad is the modern-day treatment of Islam by journalists and others as a monolithic fundamentalist religion. This is just not the truth and in this well-reasoned book, Carl W. Ernst, Professor of Religious Studies at the University of North Carolina at Chapel Hill, is here to set the record straight.

The author has personally felt the sting of prejudice against Islam. He recommended Michael Sell's book Approaching the Qur'an for the Summer Reading Program for incoming freshmen, which aroused the ire of a conservative Virginia-based Christian group who sued the university claiming that the assignment was infringing on students' religious freedom by trying to convert them to Islam. Another blow to Ernst was when the publisher originally set to release Following Muhammad refused to do so because some editors were uncomfortable after September 11 being associated with a book on a subject could be used to justify terrorism.

This excellent volume does not take the usual route of outlining the major lineaments of Islam. Instead, Ernst begins by plunging into a survey of anti-Islamic attitudes from medieval times through the present era. In the second chapter, he delineates Islam as a complex and multileveled religion, which is understood in many ways by scholars, defined by the nation-states and by government bureaucrats, and conceptualized by Muslims. Ernst's outline of the sacred sources of Islam covers the Prophet Muhammad and the Qur'an as the Word of God. The fourth chapter explores Islamic ethics and the issues it has dealt with over the centuries including the idea of an Islamic state, liberal Islamic thought, gender issues and questions of veiling, and the relationship between Islam and science.

In "Spirituality in Practice" Ernst provides an overview of Sufism, Shi'ism, and Islamic art. Here we really see the richness and diversity of this tradition. The book closes with "Reimagining Islam in the Twenty-first Century." Ernst, the author of Teachings of Sufism and translator of The Unveiling of Secrets: Diary of a Sufi Master is a good example of a person who has taken the spiritual practice of hospitality to heart. He challenges us to a new respect for the multiple meanings of Islam. 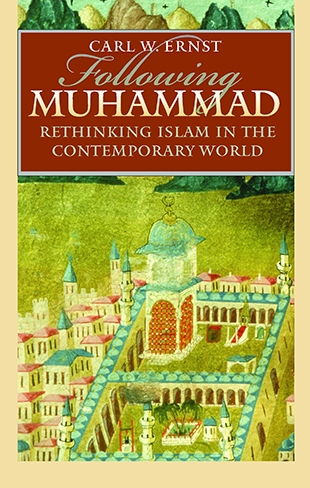