Between Two Souls Conversations with Ryokan

By Mary Lou Kownacki
An extraordinary book of poetry that demonstrates the beauty and the bounties of spiritual openness, hospitality, and connections.

One of the marvels of the contemporary spiritual renaissance is that so many individuals from one tradition are discovering soul mates in another. Old texts are being rediscovered, and people are communing across the centuries. This miracle of openness, hospitality, and connection comes vividly alive in this extraordinary book by Mary Lou Kownacki, a Benedictine Sister who is executive director of the Inner-City Neighborhood Art House in Erie, Pennsylvania, and director of Benetvision Publishing. She was named as an Ambassador of Peace for Pax Christi, the Catholic peace movement.

In Between Two Souls, Kownacki becomes another sort of ambassador. For two years, she used the poetry of the Zen monk Ryokan (1758-1831) for her lectio divina practice of reading sacred scriptures. He lived in solitude at the top of a mountain and wrote poems to acknowledge the beauty of nature and the transitoriness of life. He played with the children in the village where he would go to beg for food, and he savored his solitude. What drew Kownacki to this Zen monk was his compassion for others and his yearning — "Oh, that my monk's robes were wide enough to embrace the whole world." After meditating on his poems, the author created her own poems in response:

If someone ask
My abode
I reply:
"The Milky Way."
Like a drifting cloud,
I just let go
To the whim of the wind.
— Ryokan

If someone asks
Me where I live
I answer
"Does a monk
Own a key?"
If I hear
A child cry
There is
My home.
— Mary Lou Kownacki

On the wonder-filled pages of this exquisite work, this sister models the kind of mysticism that can unite one person with another despite the barriers of time, place, religion, gender, and culture. Kownacki opens our hearts with her ability to identify with Ryokan and his sensitivities. Of course, her poems reflect the considerable challenges of living in an inner-city area where sirens are more prevalent than solitude. Yet she finds time to sit before an icon, to meditate on the Lady of Tenderness, to cherish a cup made by a friend that she has used for almost 20 years, to stop her prayers in order to talk with a crazy woman with 22 cats, to jump in piles of leaves with some kids, to delight in their creativity as she teaches them poetry, to clean the sidewalks as a spiritual practice, to honor a teacher who is dead but still influences her, and to see herself in the middle of her own laughter.

These acts of devotion and empathy bring Kownacki close to Ryokan. As Joan Chittister notes in the introduction: "It is the monastic heart that binds these two monastic hearts together. It rings across traditions, down the centuries, generation after generation thundering a single truth: It is Life itself that life must be about." Hopefully other contemporary spiritual writers will follow Kownacki' s lead, and we will see conversations based on the poetry of Rumi, Hafez, Kabir and others. 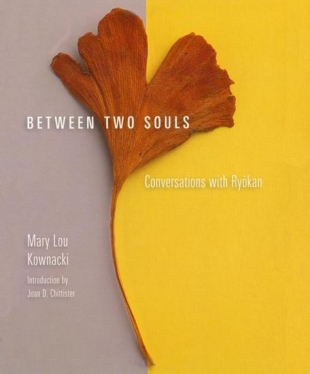