By Frederick Franck
A collection of essays on the multiple meanings of Zen.

"The essential discipline of Zen consists in emptying the self of all its psychological contents, in stripping the self of all those trappings, moral, philosophical, and spiritual, with which it has continued to adorn itself ever since the first awakening of consciousness. When the self thus stands in its native nakedness, it defies all description. The only means we have to make it more approachable and communicable is to resort to figures of speech. The self in its is-ness, pure and simple, is comparable to a circle without circumference, and, therefore, with its center nowhere — which is everywhere."

This explanation of Zen is by Suzuki Teitaro Daisetz in "Self the Unattainable," a 1960 essay written after he had tried for 70 years to illuminate Zen in the West. It is one of a collection of pieces taken from the influential journal The Eastern Buddhist and gathered together by the renowned author and artist Frederick Franck. The book, originally published in 1982, has become a ready reference work for those interested in the Mahayana Buddhist tradition. World Wisdom has released it in a new edition with a foreword by Joan Stambaugh.

The essays are divided into three sections: Self, Reality and Shin Buddhism. In his prologue, Franck salutes the Kyoto School for initiating "an existential dialogue with the modern world in its aspects of science, secularization, and its operational, be it not usually formal, atheism." The philosophical essays in this collection will be especially appreciated by free ranging spiritual seekers who relish self-exploration and transcultural exchanges. This volume is part of World Wisdom's Spiritual Classics series. 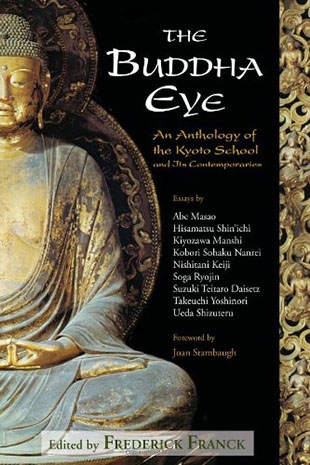