By Robin R. Meyers
Examines these as pathways to ethical action and a more balanced life in troubled times.

Dr. Robin Meyers has been the senior minister of Mayflower Congregational UCC Church of Oklahoma City since 1985. He is also professor of rhetoric in the philosophy department at Oklahoma City University, where he has taught since 1991. He is the author of Morning Sun on a White Piano: Simple Pleasures and the Sacramental Life. In this erudite work, he finds within each of the Seven Deadly Sins a life-affirming virtue that can deepen and enrich our everyday experiences. As a pastor, Meyers admits that most Christians have become so fixated on sin that they have given short shrift to the virtues. He wonders why murder was not on the list of Seven Deadly Sins and then goes on to characterize our culture as Roman rather than as Christian, given our compulsion to seek both perfection and power. In Meyer's imaginative paradigm pride houses self-worth; envy becomes emulation; lust moves to holy eros; gluttony becomes communion; anger accedes to righteous indignation; greed gives way to wanting wisely; and sloth becomes contentment.

Envy has been called a loser's emotion. And so it eats away at us and brings us down. The lively virtue associated with it, emulation, "takes the acid of envy and neutralizes it with a nobler human response." Instead of looking malevolently at others, we can look up to them and see that everyone can be our spiritual teacher in a world where human growth is part of the divine curriculum.

Our society is ripe with anger-producing situations, and it is nearly impossible to make it through a day without being exposed to this toxic emotion in ourselves or in others. Meyers offers an alternative: "Selfish human anger is often as sinful as it is self-centered, but righteous indignation can be an instrument of the divine. The word 'indignation' itself comes from the Latin root indignitas, from which we get the noun form "indignity" — the opposite of dignity. Hence, indignation is aroused not for injury to oneself, but in response to a fundamental injustice that denies dignity to others. Ironically, one must sometimes act in an undignified way in order to help bring down that injustice." Gandhi used his righteous indignation to achieve great things for those who were oppressed and so did Martin Luther King, Jr.

We were especially impressed with the author's celebration of contentment as a virtue whose time has come. It is much deeper than happiness or "a peaceful, easy feeling." Meyers has written a sobering work that makes these Seven Lively Virtues new pathways to ethical action and a balanced life in troubled times. 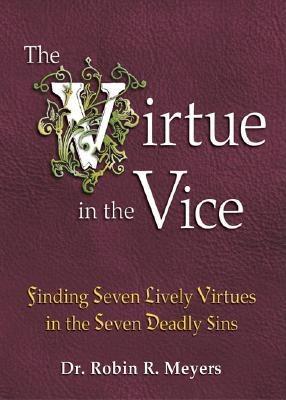