By Jack Kornfield
A soul-stirring audio presentation filled with wonderful stories about forgiveness.

"Forgiveness is the invitation to remember the transforming power of our own heart — to remember that no matter where we are and in what situation we find ourselves, freedom of heart — peace — is possible," states Jack Kornfield, a cofounder of the Insight Meditation Society and author of many books including A Path With Heart and After the Ecstasy, the Laundry. During this 74-minute workshop, given before a live audience, he explores the cultivation of the art of forgiveness.

First, he points out that forgiveness is not weak or naïve; it does not happen quickly; it does not forget, nor does it condone the past; and it does not mean that we have to continue to relate to those who have done us harm. What it does mean is that we can never put another person out of our heart. "Forgiveness means giving up all hope of a better past."

To illustrate just what this entails, Kornfield recounts the dialogue between two former prisoners of war. 'Have you forgiven your captors yet?' asks one. The other responds vehemently, 'No, never!' 'Well, then, they still have you in prison don't they?' The spiritual challenge is to let go of enslavement to past hatred, anger, suffering, and pain.

A little while later, Kornfield says: "If only we could help each other build temples of forgiveness instead of prisons. We can. In our own hearts." The heart is the place in all religious traditions where forgiveness, compassion, and the yearning for lovingkindness and reconciliation lie. We have many exemplars of this spiritual practice and Kornfield refers to Buddha, Jesus, Gandhi, Maha Ghosananda, and Dr. Martin Luther King, Jr. In a world twisted by hatred and revenge, it is wise to recall the words from the Bhagavad Gita: "If you want to see the heroic, / look at those who can love / in return for hatred. / If you want to see the brave, / look for those who can forgive."

Kornfield ends this presentation with guided mediations on forgiveness from others, for ourselves, and for those who have hurt or harmed us. Here is a fine teaching story that illustrates the essence of this practice:

"Roberto de Vicenzo, the famous Argentine golfer, once won a tournament, and after receiving the check and smiling for the cameras, he went to the clubhouse and prepared to leave. Sometime later he walked alone to his car in the parking lot and was approached by a young woman. She congratulated him on his victory and then told him that her child was seriously ill and near death.

"De Vicenzo was touched by her story and took out a pen and endorsed his winning check for payment to the woman. 'Make some good days to the baby,' he said as he pressed the check into her hand.

"The next week he was having lunch in a country club when a PGA official came to his table. 'Some of the guys in the parking lot last week told me you met a young woman there after you won the tournament.' De Vicenzo nodded. 'Well,' said the official, 'I have news for you. She's a phony. She's not married. She has no sick baby. She fleeced you, my friend.'

" 'You mean there is no baby who is dying?' said de Vicenzo. 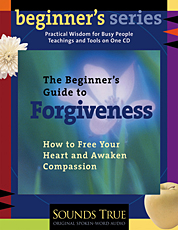