Cynthia Bourgeault wanted for years to see whether G. I. Gurdjieff’s relatively little known "Obligolnian Strivings" might form the basis for a dynamic and deeply transformative Lent. She joins the Spirituality & Practice team in being pleased to invite you to this online retreat, which originally ran during the 2017 Lenten season.

G. I Gurdjieff (1866-1949) was a visionary, Armenian-born spiritual teacher who became convinced that there were ancient schools of Wisdom still in existence that preserved the true roadmap to our purpose as human beings and our responsibilities in the greater web of planetary life. His teaching might be characterized as an early run-up on what we would nowadays call "mindfulness training," attached to a highly original cosmology. His five Obligolnian Strivings are a yardstick by which a truly human level of consciousness can be measured. They are also guideposts for achieving this state of awareness.

We are pleased to offer you this special opportunity to explore Gurdjieff's powerful spiritual practices minus the intellectual speculation and secrecy sometimes associated with his teachings. Cynthia is one of the foremost contemporary bridgebuilders between the Gurdjieff Work and the contemporary spiritual sensibility. An Episcopal priest and retreat leader, she participated actively in the Gurdjieff Work for ten years and still remains deeply involved in its teaching and articulation. Like Gurdjieff himself, she discovered that these practices opened the door to deepening and grounding her own Christian practice, and she has been committed to extending the interfaces through workshops, writing, and now this e-course.

You will receive 19 emails, arriving at the pace you choose, which include:

These collective, universal, and practical teachings are an excellent match for Lent, covering the inner terrain of repentance (understood as an entry into the larger mind), renewal, and amendment of life. But these are also universal themes, worth exploring any time of year! 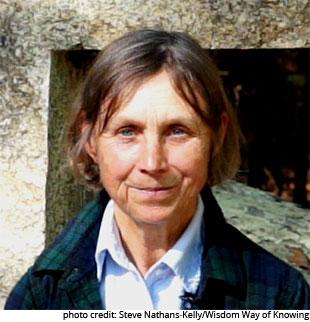