Cynthia Bourgeault is profiled in S&P’s Living Spiritual Teachers Project and has created 14 e-courses for us. Many of her books have received one of our annual book awards. Her second book, Mystical Hope, was published in 2001. Of it, Cynthia says, “Little did I know then that the real delivery date for its message would turn out to be two decades down the pike.” It has sold well enough over the years, and some people say it’s their favorite. But in the fall of 2021, as the pandemic licked its way through the world, she began to notice a rekindling of interest in this little book. Some students launched an online study, and this past fall, Spirituality & Practice featured this teaching in a major fundraiser for our new website.

Adding up all the interest, we have decided to make “Mystical Hope Today” the focus of a Lenten deep dive. In the wake of all our world has been battered with during these intervening two decades —September 11, a global pandemic, undeniably accelerating climate change, increasingly polarized and violent politics, economic uncertainty, and skyrocketing suicide rates, particularly among the young — people are more than ever echoing the great words of the Old Testament prophet Ecclesiastes, “Lord, what is there to hope for?" Is the world headed to hell in a handbasket, or is there any good news around anywhere? And if so, how do we find it?

That quest is the focus of this six-week e-course. We will explore how things like resilience, forgiveness, trust, courage, and commitment are not the fruits of hope but the wellsprings of it and the route by which we must travel to find our way back to the fountainhead. This path has been consistently described for at least three thousand years by spiritual masters in all the sacred traditions. But we are not used to listening to them, and their clear instructions have grown increasingly counterintuitive in a world where people have by now become largely conditioned to experiencing themselves as fragile and traumatized and where safety, rather than conscience, determines the course of our moral actions. Under such conditions authentic hope is flatly impossible.

In this e-course, we will reorient ourselves toward that mysterious interior replenishment called mystical hope. This is different from illusory hope, outcome-oriented hope, emotional hope, and conditional hope based on “things going my way.” This hope is not fragile, contingent, or destructible. It is in you already.

Cynthia explains that while the course is anchored in the original Mystical Hope book, it is not simply a rehash of that book. It combines the best moments in the original book with the growth that has unfolded in Cynthia over the years with the circumstances in which we now find ourselves personally and planetarily. It is a whole new course, rooted in the old, but directed toward the present and future. She adds:

“In these two additional decades of journeying, I’ve learned a few things I didn’t know back in 2000, which have worked themselves into this new unfolding. The contemplative ‘way of the heart’ implies quite literally, courage (from the Latin cor, French coeur, meaning heart.) And courage is the one quality that can lead us beyond fear, beyond despair, to those true wellsprings of new beginning, both for our own lives and for our beleaguered world.”

Unfolding over six weeks, starting on the Monday before Ash Wednesday, and ending on the Friday before Holy Week, this e-course consists of: 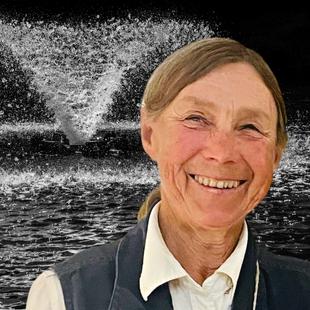