The Wisdom of Muhammad

The life and teachings of the Prophet Muhammad have had an incalculable effect on countless human beings throughout the centuries since his lifetime (570 to 632 CE). Various scholars have described him as one of the most influential human beings of all time.

This is not to say that Muhammad claimed any superiority for himself, as compared to Buddha, Moses, or Jesus, for instance. In fact the Qur'an, the primary text of Islam, encourages people to equally honor all the Prophets, known and unknown. But the details of Muhammad’s character and behavior have been recorded in extraordinary detail and have become a model for millions of people.

The wisdom of Muhammad deserves to be better known for a number of reasons: His life and teaching is a significant part of the spiritual legacy of humanity; his character continues to influence the behavior of 1.5 billion human beings today; and, finally, whatever our path or religion, we can learn something about our own humanity through reflecting on his example. Muhammad demonstrated what it means to be a deeply spiritual being even while engaged in family life and the responsibilities of leadership within a community.

We invite you to explore with us the compassionate, flexible, and noble character of the Prophet Muhammad through this e-course delivered by email. Through carefully selected and representative sayings that refer to virtues, relationships, and spiritual insight, you will learn more about one of the great figures of humanity and gain practical wisdom for your own life. This program was created by Kabir and Camille Helminski, Sufi teachers, translators, and authors, who have been following the way of Muhammad for 35 years.

This e-course was designed to be delivered daily over a one-month period. Each Sunday email include an introduction to the week and a link to a recorded meditation offered by Camille. The emails for Mondays through Fridays contain a Hadith (a wisdom saying of Muhammad) for reflection with a brief commentary and a suggested practice for the day. Some of the commentaries will include inspirations from the mystic poet, Rumi, who, along with his mentor and beloved friend Shams of Tabriz, looked to the Prophet Muhammad as an example of a true, complete human being. Saturdays will be a day for deepening reflection on the themes of the week.

Join us for this very special opportunity to deepen your understanding of the wisdom of the Prophet Muhammad. 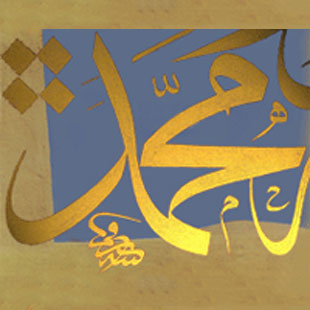