Ron Rolheiser was born in Macklin, Saskatchewan, in 1947, one of the older children in a large family. Following his school years, Ron entered the novitiate of the Missionary Oblates of Mary Immaculate and professed his First Vows in September 1966. Ordained to the priesthood in 1972, Ron continued his education, receiving a Ph.D from the University of Louvain in 1982. During and after his own studies, he taught theology and philosophy at Newman Theological College in Edmonton, Alberta, Canada.

In 1991, while on sabbatical, Fr. Ron was asked by his religious community to serve as the Provincial Superior of St. Mary’s Province (Canada). In 1998, Fr. Ron was elected Regional Councilor for Canada, serving on the General Administration of the Missionary Oblates of Mary Immaculate, in Rome, for six years. In August 2005, Fr. Ron became the President of the Oblate School of Theology in San Antonio, Texas, a position he maintains to this day.

He speaks and leads retreats in the areas of contemporary spirituality, religion, and the secular world. He also pens a weekly column which is carried by 70 newspapers worldwide. 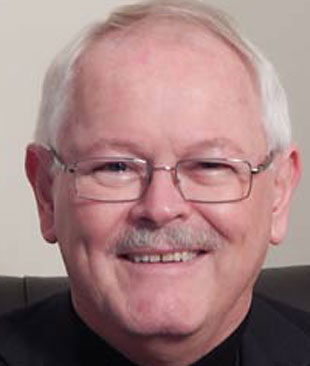