Acknowledged as one of the world's leaders in the field of mind-body medicine, Dr. Deepak Chopra continues to transform our understanding of the meaning of health. In 1995, he created The Chopra Center for Well Being in California, which is revolutionizing common wisdom about the crucial connection between body, mind, spirit, and healing. His mission of "bridging the technological miracles of the west with the wisdom of the east" remains his thrust as he and his colleagues conduct public seminars and workshops and provide training for health care professionals around the world. Chopra serves as the Director of Education at the Center. The University of California, San Diego School of Medicine has granted continuing medical education credits for their Journey into Healing program, which satisfies requirements for the American Medical Association Physician’s Recognition Award.

Dr. Chopra is a fellow of the American College of Physicians and a member of the American Association of Clinical Endocrinologists. Formerly the Chief of Staff at Boston Regional Medical Center, Dr. Chopra built a successful endocrinology practice in Boston in the 1980's. His teaching affiliations included Tufts University and Boston University Schools of Medicine. Chopra realized in his medical practice that there was potential in western medicine for the establishment of a new life-giving paradigm, one which encompassed the fundamental principle that perfect health is more than just the absence of disease. He began to envision a medical system based upon the premise that health is a lively state of balance and integration of body, mind, and spirit. He is widely credited with melding modern theories of quantum physics with the timeless wisdom of ancient cultures. In 1992, he served on the National Institutes of Health Ad Hoc Panel on Alternative Medicine.

Chopra is known as the prolific author of more than 42 books, 100 audio, video and CD-ROM titles, which have been translated into 35 languages with over 20 million copies sold worldwide. Many know him from his special programming for PBS fundraising periods. He is also a popular international presenter and keynote motivational speaker. Along with Nobel Peace Laureates Oscar Arias, Betty Williams and others, Deepak Chopra is a founding director of the Alliance for the New Humanity, which is committed to creating a critical mass of consciousness in the world for social justice, economical freedom, ecological balance and conflict resolution. He regularly mentors corporate and political leaders through his Soul of Leadership workshops. 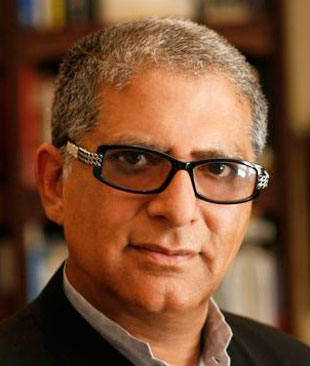