Harold Kushner is Rabbi Laureate of Temple Israel in the Boston suburb of Natick, Massachusetts. He was born in Brooklyn, New York, and graduated from Columbia University. He has six honorary doctorates, has studied at the Hebrew University in Jerusalem, and has taught at Clark University, Worcester, Massachusetts, and the Rabbinical School of the Jewish Theological Seminary. Kushner was the editor of the magazine Conservative Judaism for four years. In 1995, he was honored by The Christophers, a nonprofit organization devoted to spreading messages of hope and understanding, as one of the 50 people who have made the world a better place in the last 50 years. In 1999, the national organization Religion in American Life paid tribute to him as their clergyman of the year.

Harold Kushner is best known as the author of When Bad Things Happen to Good People, an international bestseller first published in 1981. This volume has been translated into 14 languages and was recently selected by members of the Book of the Month Club as one of the 10 most influential books of recent years. He has also written When All You've Ever Wanted Isn't Enough, which was awarded the Christopher Medal for its contribution to the exaltation of the human spirit.

Having spent thirty years as a rabbi serving a congregation, Harold Kushner knows how to bring the Scriptures alive in many fresh ways. His books offer rousing interpretations of Genesis, Ecclesiastes and the Psalms. His emphasis on God's forgiveness leads to another emphasis on the acceptance of our own and others' flaws. Kushner also demonstrates a knack for guiding us through suffering and loss with advice that is both wise and reassuring. As a meaning maker, this author is very gifted. One of our personal favorites is his suggestion that we see ourselves as supporting actors in other people's movies, not being in the spotlight, but doing things that shape and drive the plot forward. 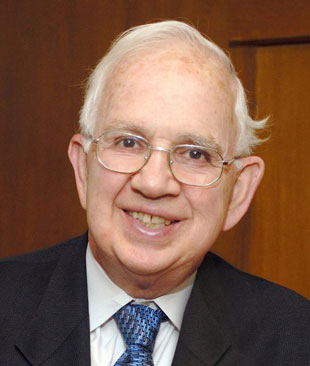