Martin began his career as an electrical engineer, but after attending Western Theological Seminary, pursued careers as a Christian clergyman and criminal justice reformer. He spent twelve years as a pastoral counselor and taught counseling at a Rio Salado Community College in Phoenix, Arizona.

In 1999, he and his spouse, Nancy, sold all of their furniture, packed their remaining possessions in a 5 ft. by 8 ft. UHall trailer, and moved to the Oregon coast. They spent a year living in a small apartment overlooking the ocean. Nancy worked at a small Inn in Newport and Bill wrote a book. They walked, talked, and thought about life. They felt the intensity of natural forces — wind, water, and forest. It was a transformative time. In 2000, they moved to Chico, California, founded the Still Point Zen Center, and began a new life in which they find moment by moment delight in "what is." They currently live in Green Valley, Arizona.

He is the author of innovative translations of the Tao Te Ching for specific audiences including parents and couples, as well as books on the Tao and such themes as forgiveness and caring for one another. He continues to think through and write about Taoism, life, and the natural world as well as paint in the Taoist tradition. 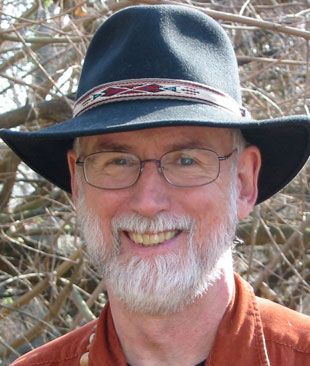