Directed by John Madden
An exploration of a woman who gives away her gold to others and must find a way to acknowledge her own genius.

Catherine (Gwyneth Paltrow) is a 27-year-old mathematician who for the past five years has taken care of her father, Robert (Anthony Hopkins), a world-renown professor of math at the University of Chicago. After early brilliance in his career, he fell into mental illness. For a while, he was obsessed with seeking messages in the Dewey decimal system numbers on library books.

While assuming all the caretaking responsibilities for her father, Catherine put her own academic career on hold. Now that he has died, she doesn't know what she will do next. She has a great deal of anger toward her sister, Claire (Hope Davis), a currency analyst who lives in New York and didn't come home during the last difficult years. Claire did take care of the bills and even offered to pay Catherine's way through school. The tension between the sisters comes to the fore when Claire arrives for Robert's funeral. Catherine, who is still having conversations with him in her mind, is afraid she might also be mentally unbalanced. All the questions posed by her bossy sister do not help.

The proceedings in Robert's messy home are further complicated by the presence of Hal (Jake Gyllenhaal), one of Robert's star students who now teaches at the University of Chicago and has been going through Robert's papers (including 103 notebooks) to see if the genius produced one last mathematical breakthrough. It takes a while for Catherine to trust Hal; she is frightened that he might just want to take the academic spotlight for something Robert did. Her status as an outsider and a woman lacking in social graces comes through at the funeral service when she gets up and makes an awkward and angry speech berating those attending for paying so little attention to Robert when he really needed their help.

At a party thrown by Claire at the house, Catherine succumbs to Hal's romantic overtures and goes to bed with him. This brief lapse in her isolation enables her to trust him with a notebook that contains a brilliant new mathematical proof. Catherine claims to have written it herself. Claire looks at the handwriting in the notebook and says it was written by her father. Hal doesn't know what to believe so he takes it back to the university to get the opinions of other mathematicians. Meanwhile, Catherine falls into a deep depression and finally gives in to Claire's intention to sell the house and her insistence that Catherine move to New York City where she can be treated for her mental instability.

David Auburn's 2000 play Proof won a Pulitzer Prize. It has been adapted for the screen by director John Madden (Shakespeare in Love) working from a script by David Auburn and Rebecca Miller. Gwyneth Paltrow, who played Catherine on the London stage version of the drama, manages to convey the volatile moods that come over this complicated daughter, sister, and budding mathematician. The story captures all the trouble spots in this dysfunctional family. In flashbacks, it accentuates the love/hate relationship between Catherine and her father, who often berates her for laziness and demands her attention to his mood swings and flights of fancy. During one of the most telling scenes, she finds him working outside with winter snow falling around him and no protection but a sweater. He claims to have had a new surge of energy and feels that he is back in the creative groove, working on a new theory that will once again prove his genius. Catherine listens but knows that the situation is hopeless.

In her clash with both her father and with Hal, Catherine struggles to assert her genius, but for so many years she has lacked the confidence to truly believe in her own gifts. This is the side of the drama that hits us in the solar plexus. How many times have each of us given away our gold to others and refused to acknowledge and honor our own talent and creativity? Proof's exploration of this theme is what makes it memorable. 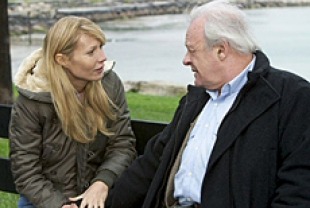 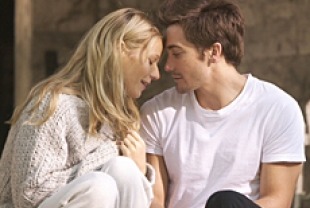