Sisters, or The Balance of Happiness

It is one of life's ironies that the strong (those who know who they are and what they want) are often the prey of the weak (those who can't stand on their own). Equally depressing is the process whereby benevolent paternalism can turn against those who are trying to help the less fortunate. Both of these themes are brought to life in a compelling way in Sisters or The Balance of Happiness.

Maria (Jutta Lampe) is a successful and efficient executive secretary; she lives with and supports her younger sister Anna (Gudrun Gabriel), a graduate student in biology. They are totally different personalities; one is practical and work oriented, the other is a dreamer. When life does not fulfill Anna's extravagantly romantic hopes, she commits suicide with the express intention of hurting her sister. Maria drops her first romantic involvement with a man and goes into seclusion.

Miriam (Jessica Fruh), an independent thinking girl from the office who has become Maria's friend, moves in with her and allows the executive secretary to pay for her English language lessons. But when Miriam discovers Anna's diary and learns of the sisters' distorted relationship, she berates Maria and leaves.

Margarethe von Trotta's study of these three women and their varying needs is psychologically involving. It illuminates the thin line between love and manipulation. Despite the assaults upon her sense of self, Maria miraculously survives and by the last scene of the film is ready to rework her personality with a more balanced equation between work and romance. 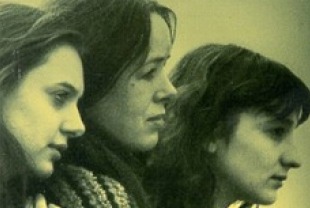