Directed by Mark Bamford
A wonderful feel-good movie set in contemporary South Africa about dogs and dreams and love that warms the heart and lifts the soul.

We love richly textured movies that center around individuals in communities or persons who operate out of some institutional center. John Sayles has made the most of this dramatic structure in Matewan, City of Hope and Silver City. Ang Lee expanded the family circle in Eat, Drink, Man and Woman, and Mira Nair showed how weddings bring diverse people together for festive celebration and soul-searching in Monsoon Wedding. We also recall Italian for Beginners, where the characters were all members of a language course.

Mark Bamford and Suzanne Kay have fashioned an intimate drama set in contemporary South Africa and a Cape Town animal rescue shelter. Some of the animals there suffer because their owners are poor people often unable to take care of them. One dog is brought in who was trained to attack; he is an angry animal who signifies the toxins of hate which are still present in this post-apartheid society.

Kate (Debbie Brown) runs the shelter with the money from a trust fund set up for her. She has a difficult relationship with her mother, who is heading toward a fifth marriage. The man she has chosen was a few years behind Kate in high school, and when he meets her says that he had a terrible crush on her for years.

Kate holds an immense grudge against her father for abandoning her and marrying another woman. Now that he is in the hospital, Kate has been forced to deal with all her contradictory feelings about him. No wonder she is having a hard time coping in her affair with a married man.

With so much on her plate, Kate misses the signals coming her way from Morne (Morne Visser), the veterinarian whose wife died recently of cancer. He is trying to jump start his emotional life by taking dancing lessons. Another couple who are experiencing difficulties in their relationship are Kate's assistant Sharifa (Quanita Adams) and her husband Habib (David Isaccs). Pregnancy is not coming easy for her and they are forced into a battery of tests to see who is at fault.

Kate's work at the shelter enables her to do good things in small doses. But sometimes she is astonished about the odd ideas people have about animals. Many whites want purebred dogs, but in Kate's eyes mutts are much smarter. Like the one owned by Thabo (Kamo Masilo) a smart young boy who has trained his dog very well. Kate hires the enterprising kid to have his dog perform tricks at the shelter's adoption day.

Thabo is taken under the wings of Jean Claude (Eriq Ebouaney), an emigrant from the Congo who works for Kate. Jean Claude is trying to nurture love into the angry dog who has been trained to hate blacks. This talented man was an astronomer in his native country and has applied for work abroad in Canada. But his dreams change when he meets Thabo's mother Lindiwe (Nthati Moshe), a widow who works as a housekeeper and is also going to college. Her religious mother (Lillian Dube) wants her to marry the Reverend (Yule Masiteng) at the church where they both sing in the choir.

Director Mark Bamford does a good job orchestrating all these characters and the series of events which bring them all together to interact in ways that foster love and hope in unexpected ways. In a crucial scene, Jean Claude talks to a class of students visiting the Planetarium and says: "Love is what keeps the universe glued together." This wonderful feel-good movie will lift your spirits with its endearing characters and their struggles to find what their souls need to shine like jewels in the sun.

Special DVD features include comments on the film by director Mark Bamford and actor Eriq Ebouaney. 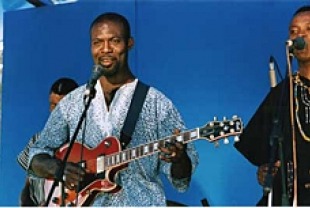 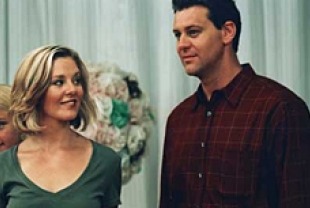 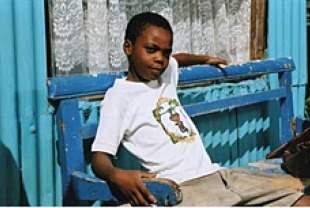 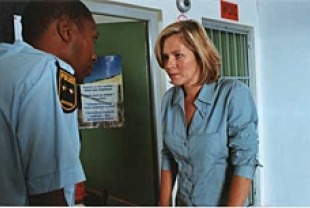