The Chronicles of Narnia: The Lion, the Witch and the Wardrobe

Directed by Andrew Adamson
A visually impressive adaptation of C. S. Lewis's classic tale, which unfortunately slights the forgiveness theme in favor of a big battle scene led by a not-very-Christlike Aslan the lion.

We live in a story-shaped world. As children, we are introduced to realms of enchantment in fairy tales. Later, perhaps in school or at camp, we share tall tales, ghost stories, and wild adventures set in strange lands. As adults we look to a variety of story forms to entertain, instruct, and sometimes even to transform us.

And as spiritual people, we want something more from our stories. Christian novelist Reynolds Price put it well: "We crave nothing less than perfect story; and while we chatter or listen all our lives in a din of craving — jokes, anecdotes, novels, dreams, films, plays, songs, half the words of our days — we are satisfied only by the one short tale we feel to be true: history is the will of a just god who knows us."

These yearnings help to explain the heightened expectation surrounding the release of this new film version of the classic fantasy tale by C. S. Lewis, The Lion, the Witch and the Wardrobe. Written in 1950, it is the first of the seven-volume series The Chronicles of Narnia, which collectively have sold more than 85 million books in 29 languages. Lewis, a lecturer in medieval and Renaissance literature at Oxford and Cambridge, became well known as a Christian apologist for his radio shows and books Mere Christianity, The Problem of Pain, and The Screwtape Letters. He wrote his fantasy series, and also some science fiction, to convey his delight in the joy and mystery of the human adventure.

The Narnia stories are set in the context of an imaginary world where issues of right and wrong, trust and betrayal, life and death come vividly into focus. The Lion, the Witch and the Wardrobe, Lewis has stated, began as "a picture in my mind — of a faun carrying an umbrella and parcels in a snowy wood." Now thanks to the creative energies of director Andrew Adamson, who co-wrote the screenplay with Ann Peacock, Christopher Markus and Stephen McFeely, this fantasy tale has been brought to the screen with live action sequences, stunning visual effects, and the latest advances in CGI animation.

During the German bombing of London during World War II, Mrs. Pevensie (Judy McIntosh) sends her four children by train to the countryside. Peter (William Moseley), the oldest, is a responsible teenager; Susan (Anna Popplewell) is the smartest and most practical sibling; Edmund (Skandar Keynes) is a joker who is always getting into trouble; and Lucy (Georgie Henley) is the youngest with the most active imagination. When they arrive at the country house of the Professor (Jim Broadbent), they are warned by his officious housekeeper (Elizabeth Hawthorne) not to shout, not to run, and never to disturb him.

One day while the children are playing hide-and-seek, Lucy ducks into a wardrobe filled with fur coats and steps out the back of it into the magical world of Narnia. Amazed at this turn of events, she wanders through this beautiful winter wonderland. At a lamppost she meets Mr. Tumnus (James McAvoy), a kind-hearted faun who is thrilled to meet a "Daughter of Eve." In his humble cave, he tells his wide-eyed visitor that the White Witch reigns in Narnia and makes it always winter and never Christmas. It has been this way for 100 years and, according to prophecy, will only change when four humans — two Daughters of Eve and two Sons of Adam, come to replace her. Although all inhabitants of the kingdom have been warned that to protect a human being is tantamount to treason, Mr. Tumnus decides to disobey the law and help Lucy return to her own world.

Back in the Professor's house, Lucy is dismayed to discover that practically no time has passed since she's been gone, and, worse, her siblings don't believe her story. But later Edmund also finds the way into Narnia. He falls under the spell of the White Witch (Tilda Swinton), who offers to make him a king if he delivers his brother and sisters to her palace. What temps Edmund the most is the promise that he can eat all the Turkish Delight treats he wants. He will learn later that the Witch keeps all the animals and mythical creatures under her control because she has the power to turn her opponents into stone. Back from his adventure in Narnia, Edmund betrays Lucy by denying that it exists.

Eventually all the children go through the wardrobe into Narnia, and Edmund sneaks off to seek out the White Witch, who sends out a pack of ravenous wolves to kill his brother and sisters. They have met up with Mr. and Mrs. Beaver (voiced by Ray Winstone and Dawn French) who are escorting them to the camp of Aslan (voiced by Liam Neeson), a great and loving lion. Along the way, they meet Father Christmas (James Cosmo) who gives them each a special tool to use on their mission, which Aslan explains to them.

There are quite a number of impressive things about The Lion, the Witch and the Wardrobe. We single out the very fine performance by Georgie Henley as young Lucy who is the heart and soul of the story with her curiosity and tender feelings. Her interactions with her friend Mr. Tumnus and the leader Aslan are especially appealing. Tilda Swinton does a remarkable job in not making the White Witch into a clichéd evil-doer. She is credible and not over-the-top. The voice of Liam Neeson gives a centered and calm aspect to Aslan. And the scenery in Narnia, shot in New Zealand and the Czech Republic, is beautiful.

The film moves along nicely, closely following the book and filling it out some with the addition of two action sequences during the spring thaw in Narnia. But then the whole tone of the story shifts in preparation for the war between Aslan's army and the White Witch's legions. What the book covers in two pages becomes a long battle sequence. The filmmakers fall into the same excesses that we saw in The Lord of the Rings trilogy. In fact, some of the bad guys fighting for the White Witch look like extras from those films!

Many people have interpreted The Lion, the Witch and the Wardrobe as a Christian allegory on the life, death, and resurrection of Jesus Christ. Lewis himself advised his fans to approach The Chronicles of Narnia as multileveled stories with many meanings.

One of those meanings is the transformative power of forgiveness. If we look at this story as primarily about the four children, then we see that the key dramatic line is what happens to Edmund — his seduction by the Witch due to his weaknesses, his betrayal of his siblings, his suffering as he discovers the error of his choice, his rescue, his repentance, and his reconciliation with his family. In the book, we see Edmund change and at a key point personally apologize to Peter, Susan, and Lucy. In the movie, we see Edmund talking with Aslan and hear Aslan tell the others that they need not talk about the past anymore. Edmund never asks for forgiveness; Aslan does everything for him — a serious diminishment of the forgiveness theme.

This brings us to the question of who Aslan is in this story. Many of our conservative Christian brothers and sisters are embracing him as the Christ figure who atones for Edmund's treachery with a blood sacrifice and then rises again to defeat the White Witch. But look closely. Would Christ advise Peter to always wipe his sword clean of blood (in the Gospels, Jesus tells Peter to put away his sword)? Would Jesus encourage Susan, soon to be dubbed Susan the "Gentle" at her coronation as a queen of Narnia, to send an arrow through the heart of Ginarrbrik (Kiran Shah), the White Witch's sleigh-driver? When Aslan leaps upon the White Witch and kills her, are you reminded of Christ?

It is time for the Christian community to lay to rest images of war as the only way to battle the principalities and powers, as St. Paul describes those who do evil things in our world. Yes, we all need to resist anything that destroys life, but the essential way to do this according to the Gospels and the life of Jesus is by becoming nonviolent warriors for peace and justice. Let's hope that someday soon a truly imaginative filmmaker will give us a story where good guys and gals do not kill evil-doers but transform them into friends and allies. Now that would be true to the spirit and message of Jesus the Christ. 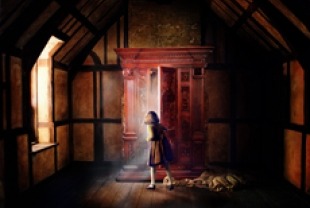 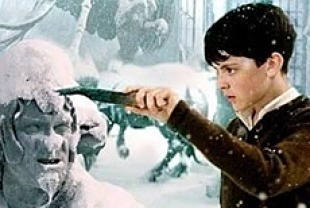 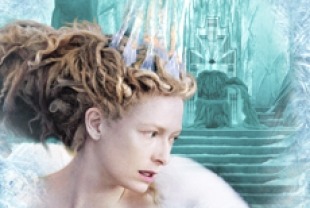 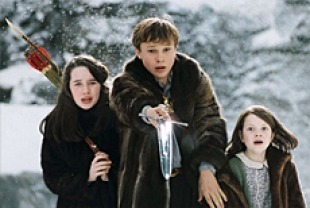 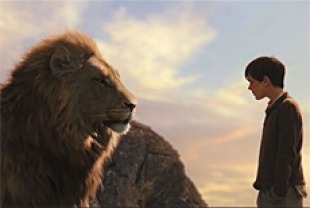 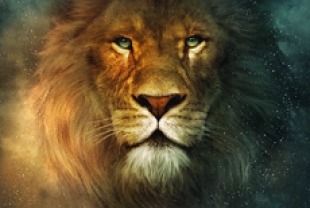