Directed by Lajos Koltai
A powerful drama about a Hungarian boy's coming-of-age in concentration camps during World War II.

Gyuri Koves (Marcell Nagy) lives in Budapest in 1944 with his father (Janos Ban) and stepmother (Judith Schell). He's a typical 14 year old who has just had his first kiss with a pretty girl who lives in his building. But everything is changing fast in the city under the Nazi occupation. His father has had to give up his business and is about to leave for a forced labor camp. All the Jews must wear armbands to separate them from other citizens. Gyuri bids farewell to his father and promises to stay with his stepmother and avoid all ploys by his birth mother to make him live with her. A relative leads the boy in a prayer and tells him that his carefree childhood days are over. Truer words were never spoken.

On a bus trip, Gyuri is ordered off the vehicle with other Jewish boys by a rural policeman who seems at first just to be playing with these lads. But then they are taken into the city and in the ensuing confusion, Gyuri misses a chance to escape with several others. The Jews are herded into cattle cars and taken to Auschwitz. At the border, a vile Hungarian orders them to give their possessions to him since everything will be taken from them by the Nazis in Poland. Gyuri suddenly realizes that he could be killed anywhere and anytime.

His alertness saves him at the concentration camp. He tells an SS officer that he is 16, avoiding being sent to the gas chambers with other youngsters. He later manages to survive moves to Buchenwald and then to Zeitz, a more provincial labor facility in Germany. He is befriended by an older Hungarian who helps him several times when his health fails him. This fellow is animated by a vision of seeing himself one day walking happily down the streets of Budapest. Other devout Jews survive thanks to their rigorous prayers. Gyuri's greatest challenge comes when his badly injured leg has to be operated on and he comes close to death. A young boy dies in the same bed with him.

This well-done Hungarian film marks the debut of director Lajos Koltai. It has been adapted from a novel by camp survivor and Nobel Prize-winner for literature. The fact that Koltai is an accomplished cinematographer accounts for the distinctive visual style that carries the film into our consciousness. We empathize with Gyuri's coming-of-age in the concentration camps and we admire his courage under constant pressure. Once the Nazis flee and the Allies arrive, an American officer (Daniel Craig) tells the emaciated looking boy not to return to Hungary; he holds out the lure of the United States. But Gyuri wants to return home. What he finds there and discovers about himself makes for a surprising and spiritually uplifting ending. It is easy to see why Fateless is the Hungarian entry for best foreign language film at the 2006 Academy Awards. 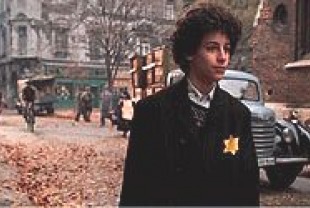 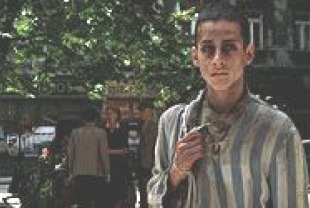