Fast, Cheap & Out of Control

Directed by Errol Morris
An eccentric documentary about the passion and creativity some individuals bring to their work.

Documentary filmmaker Errol Morris is intrigued by the passion, devotion, and creativity some individuals bring to their work. What keeps these people going? Will there be a place for them in the technological world of tomorrow? Both of these themes are developed in this thought-provoking documentary which revolves around four men and their obsessions.

David Hoover is a lion tamer who has a fondness in his heart for the late Clyde Beatty. George Mendonca, a topiary gardener, expresses his creativity in fashioning hedges and trees into a variety of animals. Ray Mendez is an expert who has spent years studying hairless mole rats. And Rodney Brooks, an M.I.T. scientist, is the designer of autonomous robots. He predicts that carbon-based life will be replaced by silicon-based life.

In this eccentric documentary, Morris teases us into thought not only about work but also about the blurring of boundaries between life and machines, animals and human beings. Fast, Cheap & Out of Control is a perfect choice for those who want something completely different in their video viewing. 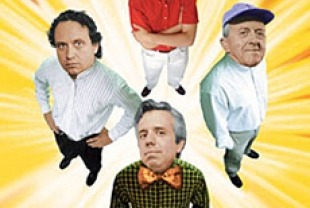