Directed by Marleen Gorris
This sensitive film conveys the message of Woolf's novel-despite social and psychological differences, we are all connected.

"The point of all spiritual practice," according to Stephen Mitchell, "is to wake up from the dream of the separate self." We are all connected no matter how isolated from others we may seem to be.

Mrs. Dalloway is an elegantly constructed and beautifully acted screen adaptation of Virginia Woolf's novel. Vanessa Redgrave gives a tour de force performance as Clarissa Dalloway, an emotionally cool upper class woman. On a June day in 1923 in London her mind drifts to the past as she gets ready to host a party. Clarissa regrets having chosen a safe marriage to a boring politician instead of giving herself to an ardent suitor. When this old beau unexpectedly appears at her door, he ignites the same intensity of feeling she felt years earlier.

Clarissa's party brings together all elements of English society. She savors the moment but is troubled when a doctor talks about the suicide of one of his patients — a shell-shocked veteran of World War I. Hearing about this death, Clarissa escapes to her room and realizes her soulful connection with this young man's isolation, loneliness, and dread. Then she returns to the party.

In its exploration of universal aspects of women's experiences, this deeply sensitive film is similar in artistry and grace to another film by director Marleen Gorris, the Academy Award-winning Dutch film Antonia's Line. The screenplay by actress and writer Eileen Atkins vividly portrays the subtle message of Woolfe's novel — despite social and psychological differences, we are all connected. 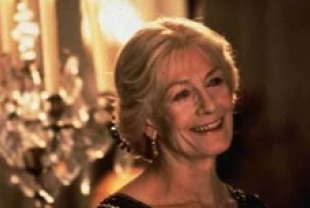