Directed by Agnes Merlet
A heroine finds sanctuary in her imagination, the one truth that can be trusted.

The poet John Keats said, "I am certain of nothing but of the holiness of the heart's affections and the truth of imagination." This beautiful, stirring, and exotic French film written and directed by Agnes Merlet provides an enthralling meditation on the life and work of Artemisia, the first woman in Europe to be recognized as a painter. She is known especially for "Judith beheading Holofemis." The film can be seen as a set of footnotes to the mystery of this painting.

Artemisia (Valentina Cervi) is the proud, ambitious, and talented 17-year-old daughter of Orazio (Michel Serrault), a well-known seventeenth-century artist in the Florentine tradition. When her father learns of her drawing skills, he takes her out of convent school and lets her do sketches for his frescos. Orazio then breaks with tradition and enrolls Artemesia in the all-male Academy of Fine Arts. There her passion is aroused by Agostino Tassi (Miki Manojlovic), a colleague of her father and a womanizer. Once their affair is discovered, Orazio decides to take his rival to court on charges of rape. Artemisia pays a high price for her heart's affections and learns to hate the violence of male chauvinism. In the end, she finds sanctuary in her imagination, the one truth that can be trusted. 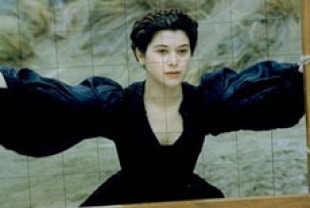