Directed by Carlos Reygadas
Depicts the spiritual emergency of an amoral man in Mexico City who plunges into despair and turns to sex as a way out of his funk.

Marcos (Marcos Hernandez) lives in Mexico City with his wife (Bertha Ruiz) and young son. He is a driver for an army general's family, and she sells cakes and alarm clocks in a metro underpass. In an attempt to improve their financial condition, they have kidnapped an infant, but the child has accidentally died. Marcos descended into a state of shock.

On a crowded subway, he drops his glasses, and they are broken. Seeing clearly is the least of his problems. At the airport, he picks up Ana (Anapola Mushkadiz), the boss's daughter whom he has known since she was a child. On the way to a brothel where she secretly works, Marcos loses concentration on his driving. Another motorist yells at him, and a passenger in the other car spits at him. All over the city, people are going about their business oblivious to Marcos's plight.

The only thing that this dazed man can come up with to alleviate his guilt and anxiety is sex. Since he has kept her hobby a secret, Ana agrees to have intercourse with him. Marcos shares his secret about the child, and she suggests that he turn himself in to the police. At a gas station where music by Bach is playing, he declares that the pilgrims who have come by the thousands for a Catholic festival are just a flock of sheep. At home, he has sex with his wife, who has a good feeling about the religious gathering and wants him to meet her there. Above their bed is an image of the bleeding heart of Jesus. They drive to the countryside with the woman whose child they kidnapped, and Marcos wanders off by himself in the fog that is sweeping across the valley. In a final meeting with Ana at her apartment, she coolly says goodbye to him while her boyfriend goes on an errand.

Battle in Heaven is written and directed by Carlos Reygadas and the film's explicit scenes of nudity, intercourse, and fellatio have made it a hot item at film festivals. Thematically, the film is less obvious. It is hard to discern what Carlos is thinking or feeling since he hardly speaks at all. His spiritual emergency sends him to sex as the only solace in a storm of guilt, fear, and regret. But this release does not pull him out of his funk. When sex doesn't save him, he turns to an act of penance along with others in the religious procession. Near the end, he is on his knees moving toward the Basilica de Guadalupe. Can an amoral and violent man find redemption by just putting himself in a place where Divine love and forgiveness can reach him? Only God knows, thanks to the mysteries of grace.

The DVD has an interview with director Carlos Reygadas and actress Anapola Mushkadiz and clips from Reygadas’ first film Japon. 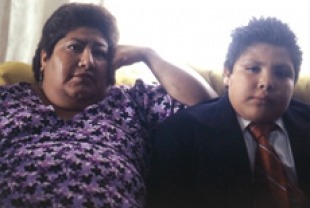 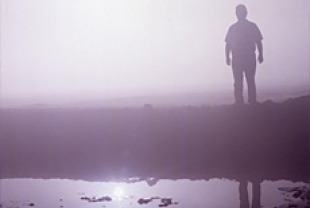 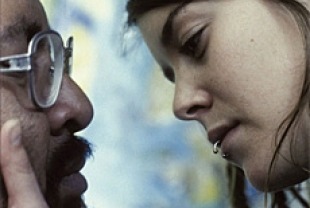