Directed by Frank Marshall
A powerfully emotional film that will be taken to heart by animal lovers of all stripes.

One of the cruelest things a human being can do is abandon a pet that has been a friend and companion. We've heard of people adopting a local dog during a winter in the Caribbean and then leaving it behind when they return to the States. Countless strays start out as someone's pet and then are dumped in the woods to fend for themselves when the people get tired of them. Rescue groups report many instances of cats left behind in an apartment when somebody moves, only to be discovered later by a neighbor. All too often domestic animals are forced to survive on their own.

Such is the case in Eight Below directed by Frank Marshall, although the humans in this story did not intend to abandon the animals. The screenplay by David Dagilo is inspired by the film Antarctica, a 1983 Japanese drama based on a true incident of sled dogs marooned in that cold environment. Eight Below is a powerfully emotional film that will be taken to heart by animals lovers of all stripes.

In 1993, Jerry (Paul Walker) is the resident guide at the U. S. National Science Research Base in Antarctica. His jovial work companion is Charlie (Jason Biggs) a carefree cartographer. But it is clear that his best friends are his eight sled dogs — six Siberian Huskies and two Malamutes. Every morning, he takes a baseball bat and hits a few balls for them to chase, after which they feast on fish.

When pilot Katie (Moon Bloodgood) arrives with supplies, she also has a passenger aboard: Davis McClaren (Bruce Greenwood), an ambitious geologist who has hopes of finding the first fragments of meteorites from the planet Mercury. He believes they are located on a mountain that is a long distance from the research center. The only way to get there is with the sled dogs. Jerry is worried about the state of the ice along the route and only reluctantly agrees to take him. His fears prove to be well founded. At one point, the sled with McClaren aboard slips into a crevice. Later, a ledge gives way and the scientist falls through the ice, breaking his leg. Maya, the strong and maternal alpha dog, is instrumental in saving his life.

The dogs have a difficult return trip as the biggest storm of the year plunges everything into a deep freeze of blowing snow. By the time they reach the station, the orders have been given to evacuate the place for the season. There is no room for the dogs on the plane, but Jerry is assured by Katie that she will come right back to get them. He chains the dogs outside the station so they will be easy for her to find. But when the storm strengthens, her trip is cancelled. To make the dogs' plight worse, the teams scheduled to winter at the station are cancelled. The eight dogs are essentially abandoned.

The rest of Eight Below spends a lot of time with the depressed and guilt-ridden Jerry as he tries to find a way to get to his beloved dogs, which he describes as his family. The only person that is of any help is Mindo (August Schellenberg), the Native American who raised the dogs. He tells him a story about the importance of honoring animals for all that they have done for us. This spurs Jerry to find a way to do the right thing.

Meanwhile, the dogs break free of their chains and struggle to survive in the cold landscape for what turns out to be a six-month period. Remarkably, the filmmakers manage to convey each dog's unique personality throughout their adventures, whether they are playing in the shadows of the Aurora borealis, or sharing birds they have caught for food. We get a real sense of how this dog pack works together.

Maya proves to be a resourceful leader who looks after her extended family with authority and compassion. But the most endearing dog is young Max, who locates a whale carcass and then leads a ferocious leopard seal away from it so that the other dogs can feast on the bounty. When Maya is injured, Max rises to the occasion and probes to be the loyal leader they need. Eight Below is an inspiring tale of survival that is bound to make a dog lover out of you. 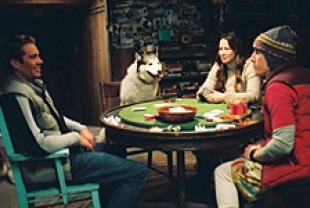 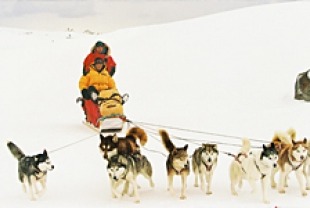 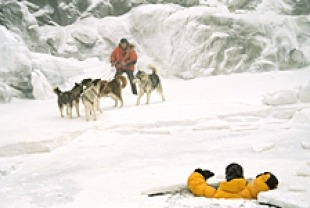 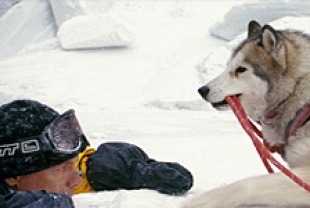 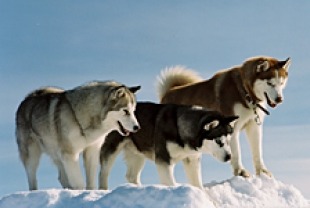