Directed by Wim Wenders
Has the quirkiness we have come to expect and relish in a Wim Wenders movie.

After years of boozing, cavorting with women, using drugs, and being arrested, Howard Spence (Sam Shepard) walks off the set of his latest movie, Phantom of the West, and disappears. The director (George Kennedy) is astonished that his leading man would go AWOL and brings in a no-nonsense company detective (Tim Roth) to find him.

Spence decides to visit his mother (Eva Marie Saint) who lives in Elko, Nevada, and hasn't seen or heard from him in years. True to his self-destructive behavior, he stays out all night and returns drunk in the morning. He then learns that 30 years ago a woman from Montana called with the news that she'd given birth to his son. The worn-out and depressed movie star takes his father's old car and heads to Butte, the site of the Western that was his biggest movie all those years ago.

Wim Wenders directs this idiosyncratic drama, reuniting with Sam Shepard who starred in his Paris, Texas (1984). Here Spence, who realizes that he has made a mess of his life, goes on a personal quest for meaning. In Butte, he finds more than enough to keep him busy and perplexed. Doreen (Jessica Lange), his lover from the past and mother to his son, has moved up the ladder from being a waitress to owning a restaurant. She is stunned to see Spence and points out his son Earl (Gabriel Mann), a singer/songwriter of country-rock songs.

Also in town with an urn of her beloved mother's ashes is Sky (Sarah Polley), a patient and earnest young woman who for years has dreamed of meeting her father. Yep, you guessed it — he is none other than Spence. This news is a bit too much for the moody actor who just doesn't know what to do with all this family. For years, he has had no relations and now they are standing right next to him. Earl explodes in anger when he learns who Spence really is; Sky can barely handle the joy of seeing him at last.

Don't Come Knocking has the quirky characters we've come to expect and relish in a movie directed by Wim Wenders. The women excel in their expression of emotions: Saint, Lange, and Polley are wonderful. Roth nearly steals the movie with his oddball detective who hates the real world and takes refuge in crossword puzzles. His detachment makes Spence's individualism look like only a mild case of selfishness. 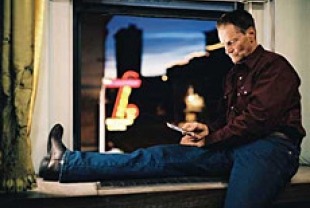 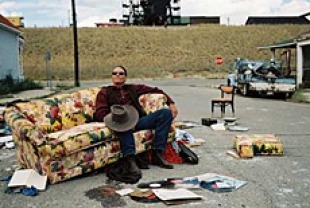 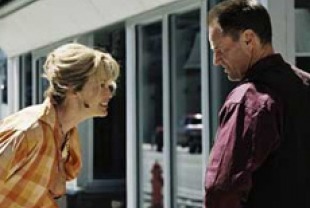 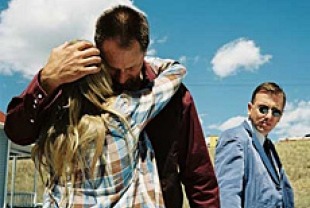