The Road to Guantanamo

Directed by Mat Whitecross, Michael Winterbottom
A gut-wrenching film that lifts the shroud of secrecy surrounding the treatment of prisoners at Guantanamo Bay, Cuba.

Michael Winterbottom's In This World (2003) took us to places we would never see in a riveting tale about wandering immigrants and the dehumanizing conditions they are forced to endure on their search for a better life. Teamed with Mat Whitecross for this film, the English director tells the true story of four British Muslims who travel to Pakistan in 2001 for a wedding, take a side trip to Afghanistan, and find themselves in grave danger after being rounded up as terrorists. The riveting story of their ordeal was shot in Pakistan, Afghanistan, and Iran mixing documentary footage with recreated scenes and interviews with the actual men portrayed in the story. While there has been much talk about the American prison camp at Guantanamo Bay, Cuba, this stomach- churning film raises all the right issues about human rights and makes it quite clear that the men held there are being treated shamefully and inhumanely.

In September of 2001, Asif Iqbal's mother wants him to go to Pakistan to meet the woman she has found for him to marry. He leaves home from Tipton in the English Midlands and later is joined by Ruhel Ahmed and two other friends, Shafiq Rasul and Monir Ali. They meet in Karachi and see the trip as an adventure, a chance to test their wings in a faraway world. At a mosque they hear an Imam call for volunteers to travel to Afghanistan to give aid to the people who are suffering there. The bus fare is cheap, so along with Shafiq's Pakistani cousin Zahid, they decide to go see what it's like in Afghanistan.

Although worried about crossing the border into the chaotic country, they all make it safely, but in Kandahar, the young men hear bombs during the night. In Kabul, they want to do something but nothing comes up. Tired of sitting around, they decide to return to Pakistan. But the minibus they hire takes them north through the mountains to Konduz. They are trapped in the middle of a fierce war zone where the Taliban forces are under heavy attack from the Northern Alliance. Here they see firsthand the bodies of men torn apart by bombs and must cover their faces to avoid the stench of rotting corpses. They get on trucks leaving the city but are separated from Monir and never see him again.

After being captured by Northern Alliance troops, the men in the truck convoy, including the four Brits, are put in a closed container for transfer to Sheberghan prison; many of them die when soldiers shoot holes in the sides of the container. Others suffocate during the night. When the Americans learn that there are three English men in custody, they fly them to a detention center in Kandahar air base where they are beaten and interrogated.

On January 13, Asif and Shafiq are handcuffed, and hooded and flown to Guantanamo Bay where they are incarcerated in open-air cages at Camp X-Ray. Ruhel arrives on February 10. They are not allowed to stand up, speak to the person next to them, or pray. The prisoners are regularly beaten, woken up hourly throughout the night for a head count, put into isolation, and chained in stress positions on the floor of their cells while ear-shattering heavy metal music is played. In one scene a man is tormented for praying, and in another, a prisoner's Qur'an is thrown on the ground near a spot where he has urinated.

There are a few moments of humanity among the U.S. guards. One kills a tarantula near where one of the young men is sleeping on the ground. But most of the Marines and interrogators are arrogant and crude men and women with scorn and hatred for these men they consider to be terrorists. Asif, Shafiq, and Ruhel are questioned repeatedly about what they were doing in Afghanistan, but their answers are always rejected. Their interrogators claim they are in a video with Osama Bin Laden, even though they can prove their whereabouts in England at the time.

This is a gut-wrenching film that lifts the shroud of secrecy surrounding the treatment of prisoners at Guantanamo Bay, Cuba. It ought to convince anyone who still doubts it that the United States is perpetrating staggering violations of human rights at this site. Of the 500 people still imprisoned there, only 10 have ever been charged and none has been found guilty of a crime. Through the depictions of the experiences of Shafiq, Asif, and Ruhel, and through the verbal testimonies of the real men, we begin to see what has been hidden from the world — the terrible toll of physical pain inflicted on their bodies, the mental terror, and the emotional humiliation. Then there is the pain of being separated indefinitely from their loved ones and being deprived of human connection within the prison. Finally, there is the spiritual torment of having their religion constantly subjected to the most shameful disrespect.

Twice in the film we see news footage of President George Bush and Secretary of Defense Donald Rumsfeld explaining that Guantanamo Bay has been set up for the "really bad people." After watching this story, you may rethink who they were talking about. 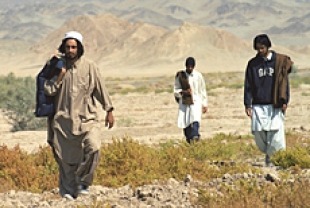 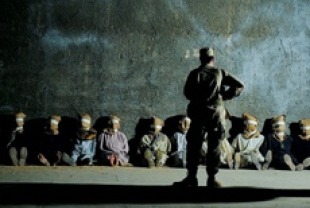 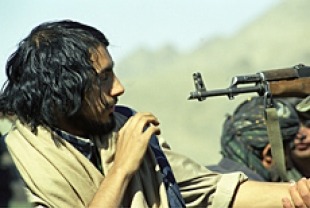 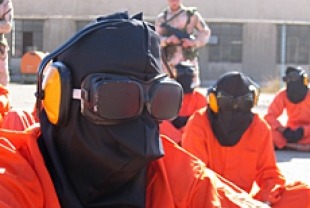