Directed by Jonathan Dayton, Valerie Faris
A very funny and touching family drama about the wisdom that often comes not with success but with failure.

Every family offers demanding training in some of the same spiritual exercises that monks and nuns undergo in monasteries: love, patience, openness, generosity, kindness, and peace. The lessons are especially difficult when family members are also carrying heavy challenges in the work arena or squaring off against inner demons.

First time screenplay writer Michael Arndt introduces us to the Hoovers, a lovable dysfunctional family who are thrown together on a road trip during which they must deal with each other as well as with innumerable setbacks and catastrophes. Co-directors Jonathan Dayton and Valerie Faris have drawn out wild and raucous comic performances from the cast and keep the drama spiked with energy at each new surprise along the way. This delightful movie takes its place alongside The Royal Tenenbaums as one of the best family comedies of all time: in both films, the flaws and the follies of the family members are funny and touching at the same time.

The head of the Hoover clan of Albuquerque is Richard (Greg Kinnear), an ambitious motivational speaker whose entire career is riding on a lucrative book, speaking, and workshop contract centered around his nine-point program for success. The stress on him is unbearable since the family's financial condition is quite wobbly. His wife Sheryl (Toni Collette) is desperately trying to hold things together during these tough times but is getting very little help from anyone else. Richard's heroin-snorting father (Alan Arkin) has been kicked out of a nursing home and is spending most of his time coaching seven-year old Olive (Abigail Breslin) on her dance act for the upcoming Little Miss Sunshine pageant. The chaos of the Hoover household is enhanced when Sheryl takes in her gay brother Frank (Steve Carell), a Proust scholar and university professor who has just recovered from a botched suicide attempt after losing his lover to another professor. He is given a cot in teenager Dwayne's bedroom (Paul Dano). Dwayne has taken a vow of silence and dreams of escaping home by joining the Air Force. He reads Nietzsche and wears an anti-Jesus t-shirt.

Richard has simplistically divided the world into winners and losers; his family has heard his mantras about success and failure a million times. But now in the face of a lucrative contract that can save his floundering career, he feels very fragile. That is why he volunteers to drive the family in their beat-up old VW bus on a three-day journey to the Little Miss Sunshine pageant in Redondo Beach, California. Along the way, the vehicle's clutch breaks down and the Hoovers have to give it a running push every time they need to get it moving. The VW bus is not the only thing that fails on this trip across the West. The Hoovers, each in his or her own way, are forced to deal with failure and the importance of family solidarity when things turn sour.

Frank's father gets on his nerves with his obsession with sex and his dirty talk. But when he needs him most, the old man comes through with some words of moral support and love. Dwayne faces a personal crisis that sends him into a major panic attack, and his little sister, without any words at all, conveys her feelings by putting her arm around his shoulder. And when Frank sees that Olive needs him to stand by her, he doesn't hesitate. It is in these moments of failure that the Hoovers discover that family is more than enough to carry them through.

Little Miss Sunshine reveals the truth of Estelle Frankel's insight in Sacred Therapy: "Failure is often a gateway through which we must pass in order to receive our greatest gifts."

Special DVD features include a commentary by directors Jonathan Dayton and Valerie Faris and writer Michael Arndt; four alternate endings; and "Till the End of Time" performed by DeVotchka from the soundtrack. 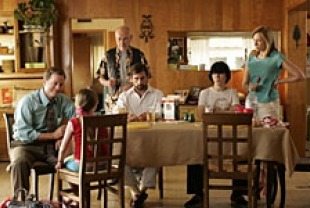 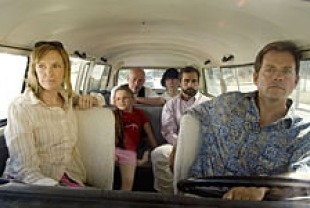 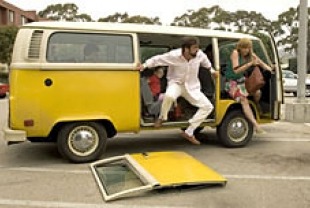 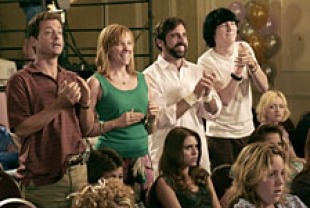