Directed by Patrick Stettner
A moving mystery of the heart based on a novel by Armistead Maupin about the lengths some people will go to find acceptance and love.

Gabriel Noone (Robin Williams) is a radio-syndicated storyteller and host of a late night show "Noone at Night." He really believes that stories hold the key to the meaning of life. But things are not going well for him. He is a middle-age man who has plunged into a deep sense of loneliness and emptiness after Jess (Bobby Cannavale), his lover for ten years, leaves him. The younger man has rallied thanks to a successful drug treatment regimen for his battle against AIDS; now he wants to savor all the excitements of life.

The only other people around Gabriel are his father, who does not understand or respect his lifestyle; Anna (Sandra Oh), a friend who is also his accountant; and a publisher (Joe Morton). The latter notes his depression and gives him a manuscript to read and blurb. It is a memoir written by a teenage boy named Pete Lomax. He reveals the physical, sexual, and emotional abuse he has received for years at the hands of his parents and others in a soundproof basement room. Now the boy has AIDS and is near death in Wisconsin.

By a strange twist of fate, it turns out that Pete (Rory Culkin) kept himself going by listening to Noone at Night. The two connect via the phone and start a serious relationship. Both provide a lifeline to the other. For Pete, it is a delight to make contact with the man who inspired him with his stories. For Gabriel, the boy provides proof positive that he is lovable and special. The primal connection he feels with him is entirely different from the antagonism and sarcasm in his relationship with his father. Occasionally, Donna (Toni Collette), Peter's adoptive mother, gets on the phone and shares her concern over the boy's failing health and congested lungs.

International bestselling novelist Armistead Maupin has called his psychological novel The Night Listener, "a mystery of the heart." The film is directed by Patrick Stettner whose 2001 release The Business of Strangers was a tour de force about a career woman's long day's journey into night during which she is forced to take a long hard look at what she has become. A similar journey takes place in this film. Gabriel's self-esteem plummets when Jess leaves him, and he suffers a case of writer's block. Reflecting a major theme of the film — the question of truth and illusion — Jess contends that Gabriel oftentimes does not see things clearly but embellishes reality with his stories.

The line between truth and fiction also comes into play when Gabriel is so drawn to Pete that he decides to travel to Wisconsin, meet him in person, and check out all the facts in his memoir. What he finds there sheds light on his inner turmoil and how he has constructed his own reality. Most importantly, it shines a light on the need we all have to be affirmed and cherished as someone special. The surprising twists and turns of the second half of The Night Listener cannot be revealed but they do speak mightily about the complex mysteries of the human heart and the strange things we will do to be loved.

Special DVD features include a deleted scene and "The Night Listener Revealed" featurette. 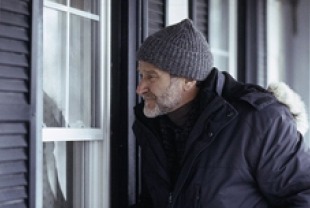 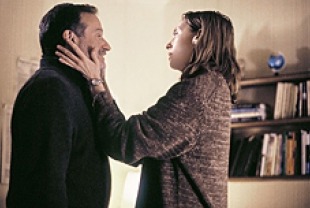 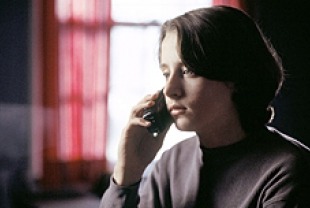