Directed by Ericson Core
A true story of a Philadelphia Eagles football fan who digs deep within and discovers a new life for himself beyond his wildest dreams.

The slogan pitching this true story of Vince Papale is "Dreams Are Not Lived on the Sidelines." In 1975, the Philadelphia Eagles professional football team is concluding another bad season, much to the anger and dismay of their loyal fans, including Vince Papale (Mark Wahlberg), a 30-year-old who is experiencing his own bad times. His wife (Lola Glaudini) has walked out on him, and his teaching job has fallen through. His only income is from bartending at his buddy Max's (Michael Rispoli) place. Vince is forced to ask his father (Kevin Conway) for a loan to pay is rent.

Dick Vermeil (Greg Kinnear), a winning college coach, has been hired to lead the Eagles. In a move that startles jaded reporters and provides hope for thousands of fans, he calls for open tryouts prior to the 1976 season. Pressured by his buddies who have been impressed with his hustle in their football skirmishes, Vince decides to take a shot at making the Eagles team. He becomes an overnight celebrity when Vermeil, impressed by his speed and "heart," hires him. But this outsider is treated as a pariah by members of the pro team. Still, Vince is buoyed by the delight of his friends and also by the support of Janet (Elizabeth Banks), Max's cousin, who just happens to be a huge New York Giants football fan.

Director Ericson Core provides plenty of dramatic scenes of the Vermeil's grueling practice sessions. But it is the fine screenplay by Brad Gann, based on the life story of Vince Papate, that keeps us rooting for the protagonist as he struggles against all odds to make the Eagles team and then to make a difference in their season.

Self-esteem is all any athlete needs to play the game with zest. He may listen to the crowd or worry about statistics but above all he must be his own most loyal fan. It is interesting to watch Vince try to psych himself using the negative energy of his wife but eventually he taps into the drive and determination within. His belief in himself and his special talents show up in his performance on the field. Invincible has a sturdy message for us all: become a loyal fan of your own God-given talents and you will never doubt your own effort.

Special features on the DVD include : "Becoming Invincible: The Story of Vince Papale" featurette 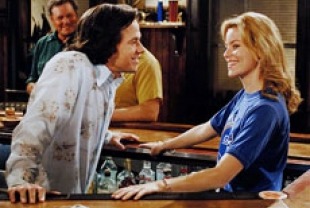 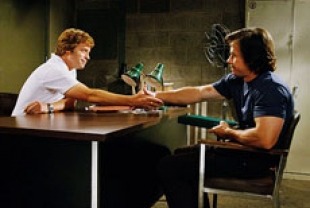 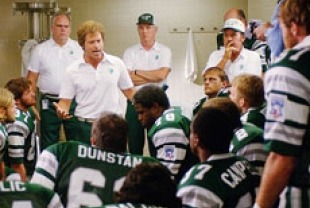