Directed by Dito Montiel
A brash and bold coming-of-age movie about a wild band of youth in Astoria, Queens, during the summer of 1986.

In the opening scene of this memoir by Dito Montiel, Flaurie (Dianne Wiest) calls her son in California and begs him to come home to Astoria, Queens, because his father, Monty (Chazz Palminteri), is sick. Dito (Robert Downey Jr.), who has written a popular book about his coming-of-age experiences, doesn't really want to face his father, whom he hasn't seen or spoken to for 15 years. His mind flashes back to the summer of 1986 when he (Shia LaBeouf) was hanging out with Antonio (Channing Tatum), an angry hoodlum, his slow brother Giuseppe (Adam Scarimbolo), and Nerf (Peter Anthony Tambakis), a mama's boy. The four have nothing to do in the working-class neighborhood except cause trouble for storeowners, ridicule girls, and get into a feud with some Puerto Rican graffiti artists.

Dito is sexually aroused by Laurie (Meonie Diaz) but is too immature to take the relationship any farther. His life turns the corner when he meets Mike (Martin Compston), a Scottish lad who writes poetry and wants to start his own band. The two of them earn some money working for Frank (Anthony De Sando) the dog walker, a wild and crazy young man. Dito's friendship with this outsider angers Antonio who has been beaten by his father so many times that he is a walking time bomb.

Things get heated up when Dito tells everyone that he's leaving home and going to California with Mike. His father is convinced that Astoria is a miniature of the world with its ethnic mix and colorful shops. He wishes that Dito had the loyalty to the neighborhood expressed by Antonio. But this desire to leave is fueled by several deaths and two violent fights with a Puerto Rican tough guy.

Screenwriter and director Dito Montiel has fashioned a raw and well-acted film about family, friendship, and the dynamics of place. It is scary watching the many ways that the energy of these youth is channeled into anger and violence. The clash between Dito and Monty is convincing and very sad, given the love that the old man has for his son who just wants to escape the constrictions of Astoria. Robert Downey Jr. puts in a stellar performance as the guilt-ridden prodigal son and both Chazz Palminteri and Dianne Wiest give nuanced performances. Rosario Dawson scores in several brief scenes as an older and wiser Laurie.

The writer Robert Louis Stevenson once noted that saints are the sinners who keep on trying. It is in that sense that this brash and bold movie is aptly titled A Guide to Recognizing Your Saints.

Special DVD features include a commentary by director Dito Montiel, alternate opening and endings, deleted scenes, and a featurette "Shooting Saints: The Making of A Guide to Recognizing Your Saints." 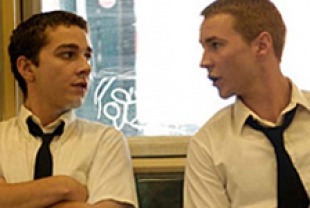 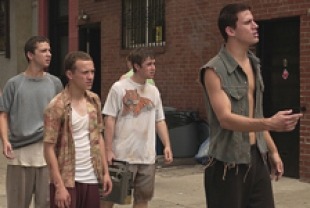 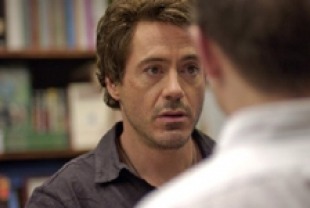 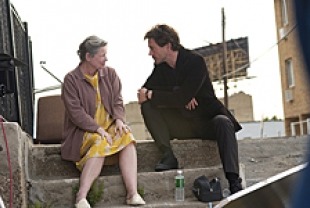