The pilgrimage from childhood to adulthood is a bewildering and difficult transition. Adolescents want and oftentimes need to cling to the past and to eschew the mysteries that come with maturity. During this time of life, it is natural to turn to others who are experiencing the same things. But sometimes we are thrown together with people who are totally different from us. That is the case in this deftly observed Israeli film by Dalia Hager and Vidi Bilu. The two eighteen-year-old protagonists are serving two years of obligatory military service in Jerusalem.

Smadar (Smadar Sayer) is a rebellious young woman who, in the opening scene, is going through an Arab woman's possessions in a border inspection booth. Her tough-as-nails superior Dubek (Irit Suki) has little patience and knows that it is not going to be easy supervising a whole new batch of young women. When one of them refuses to search the Arab women, she is sent to jail. Smadar doesn't want to serve in the military and has decided to do as little as possible on the job.

Mirit (Naama Schendar) is just the opposite. She is unsure of herself, an indecisive young woman who wants to please. She tries to get her parents (Ami Weinberg, Katia Zinbris) to have her transferred to another post but nothing happens. Dubek tells her it will take time and assigns her to work with Smadar.

The two young woman are very uneasy with each other since they have such different personalities. Smadar will do anything to fight the tediousness of their job checking Arab identification cards. She takes illegal smoke breaks and tries to schedule an appointment with a hairdresser in the middle of the day. Mirit wants to prove herself to Dubek but has trouble getting much information from those she stops on her own. Meanwhile, Smadar gets in trouble with her boyfriend when she goes on a thieving spree in a store and orders him to join her. He is upset with her need to break the rules and fight the boredom which she finds squatting in the center of her life.

One of the most surprising things about this intimate coming-of-age drama is that the violence that intrudes on their lives is not only from a terrorist who sets off a bomb in neighborhood where they work but also the explosive animosity of outraged Jews who are filled with hatred for Arabs. An angry man on a bus criticizes Smadar and Mirit for not be vigilant enough and in the closing scene, an angry group of Israelis surround an Arab who refuses to give his ID to the two stunned women. Smadar and Mirit take small steps toward friendship despite all that separates them and in such a setting, seeing their progress is like watching a rainbow emerging out of a dark and stormy landscape. 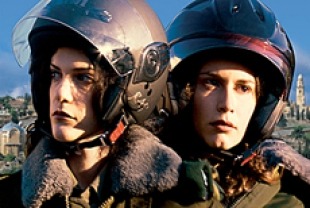 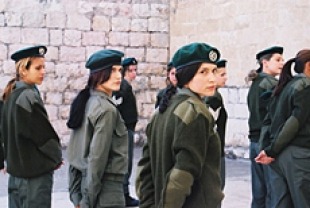