Directed by Bob Shaye
A wonderful sci-fi tale that proclaims that the emotions, compassion, and wonder of children may hold the key to the survival of future generations.

"Grown men may learn from very little children for the hearts of little children are pure, and, therefore, the Great Spirit may show them many things which older people miss"
— Black Elk

Jesus startled his adult hearers when he told them that they had to become like children before they could enter the kingdom of God. Children, who live in the moment and delight in the play of the senses, are in touch with life-enhancing spirituality. The Creator of the Universe seems to like people who act spontaneously from their hearts.

But children's spirituality isn't given the same respect these days that it once had. The ancient Greeks initiated certain special children into the secrets of the Eleusinian mysteries. The Albigenses, a Christian sect in France during the 12th and 13th centuries, regularly queried children about their visions and prophecies. And during the past two centuries, the Catholic church has charted the experiences of youth who have reported visions of the Virgin Mary along with various instructions and warnings. In Tibet, when a high lama or rinpoche died, a search was instituted for the child who was the lama's reincarnation. These children were called tulkus.

Today the innocence of children is under siege from advertising, which is saturating them from an early age, as well as new forms of technology including computer games. But imaginative writers and spiritual teachers from all traditions are calling for a halt to this assault on the precious resource of children. The Last Mimzy is in line with them. This wonderful science-fiction film has a magical quality similar to Steven Spielberg's E.T. The Extraterrestrial with its respect for children whose emotions and hearts go out to those who are in trouble.

Bob Shaye, the founder of New Line Cinema, directs this alluring and playful film, which is based on a 1943 story by Lewis Padgett and has been adapted for the screen by Bruce Joel Rubin and Toby Emmerich. The two children in The Last Mimzy are open to adventure because their analytical minds have not closed to mystical possibilities.

Ten-year-old Noah Wilder (Chris O'Neil) and his five-year-old sister Emma (Rhiannon Leigh Wryn) are playing near their family's summer house on an island in the Northwest when a strange box washes up on the shore. Inside they discover a crystal object that looks a little like a credit card, a gelatinous mass that resembles brain coral, a rugged meteorite-like rock that later breaks into nine pieces that can spin on their own, a sea shell, and a stuffed rabbit. Emma is attracted to the bunny who seems to whisper its name, "Mimzy," in her ear. The mysterious rabbit communicates telepathically with the little girl and opens up new dimensions of her mind.

Noah, meanwhile, listens to strange sounds coming out of the sea shell and is able to create an innovative school project for the science fair about spiders and bridges. His mother Jo (Joely Richardson) and father (Timothy Hutton) are astonished at the leap in their son's intelligence, given his prior average mentality. Noah's science teacher, Larry White (Rainn Wilson), is mystified by the boy's many drawings of Tibetan mandalas. They mirror an image he has been seeing in his dreams. When he and his girlfriend, Naomi (Kathryn Hahn), visit Jo, she is confused and a bit turned off by their talk about mandalas, tulkus, and special psychic abilities of gifted children. Naomi learned in Tibet how to identify these children by their palms. Looking at Emma's, she is astonished saying, "I've never seen anything so pure."

Noah and Emma's adventures with the objects in the box and the stuffed bunny attract the attention of the Department of Homeland Security in Seattle when one of the boy's experiments results in a blackout over the entire city. Agent Broadman (Michael Clarke Duncan) suspects a terrorist cell is operating on his turf, and they storm the Wilder home and sequester the family under the Patriot Act. David and Jo realize that they don't know much about what is happening in the lives of their children.

Academy Award-winning producer Michael Phillips came across the Padgett story as he searched through anthologies of famous science fiction shorts for film ideas. He says in the press kit: "This film is, in a way, a throwback to films like E.T. and Close Encounters on the Third Kind in that it's really about wonder, the wonder of the universe and the incredible things that can be there. And it's about who we are as a species, where we're going, and how we can determine our destiny by getting back on track. We have gifts and potential we may never have dreamed of. The film presents a really lovely future for us as a species."

We cannot reveal the origin of the objects in the box, but we can tell you that they draw out Emma's and Noah's courage and compassion once they realize the spiritual nature of their adventure. Adults are presently failing future generations by our short-sighted and selfish decisions. The Last Mimzy proclaims that the emotions, compassion, and wonder of children may hold the key to the survival of future generations. 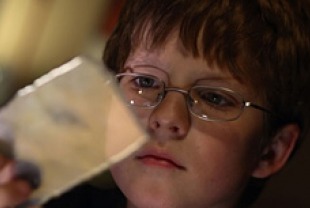 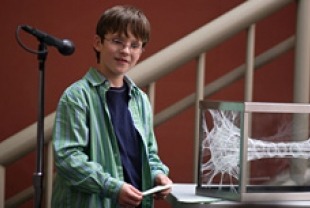 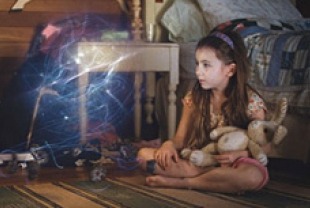 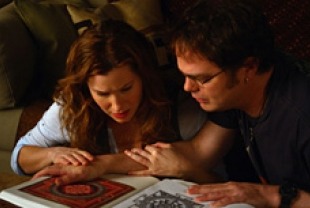 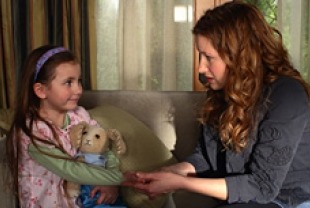 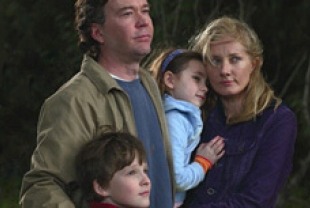 PG for some thematic elements, mild peril and language.