Directed by Denis Dercourt
An elegantly constructed and acted French film about revenge and what is lost in the act of bringing others down.

An Arab proverb states, "The one who throws a rock soon forgets. The one who is struck, never forgets." Such is the scary and sad message of this elegantly constructed and acted French film by Denis Dercourt.

Ten-year-old Melanie, the only child of a butcher and his wife, is very nervous about an audition for a scholarship to the Paris Conservatorie. She is a diligent piano player who has practiced her piece again and again. During the young girl's moment in the sun, Ariane (Catherine Frot), a famous concert pianist who is one of the examiners, allows a fan seeking an autograph to come into the room and interrupt the proceedings. Melanie loses her concentration and finishes the piece badly. With tears streaming down her face, she knows that her dream of being a professional pianist is over.

Ten years later, the poised and beautiful Melanie (Deborah Francois) lands a job working as an intern at a prestigious law firm headed by Mr. Fouchecourt (Pascal Greggory). When she discovers that he needs someone to look after his 12-year-old son Tristan (Antoine Martynciow), she volunteers her services. Melanie arrives at their luxurious home with no other plans except revenge. For the wealthy wife of the lawyer is none other than Ariane, the woman who destroyed her chances for a musical career.

We live in strange times when people seem to have a voracious need to watch others being humiliated or put down with sarcasm. This sort of thing is now a staple of reality television, and in many movies, the central movement in the drama is toward revenge. The Page Turner offers a fascinating look at the terrible waste of the mind, the emotions, and the soul when they are put in the service of the ego's need for power, control, and violence.

By the time Melanie makes contact with Ariane, she is already a broken woman in a loveless marriage who has suffered deleterious after effects from an automobile accident. Her ability to handle tension has been diminished, and she relies upon others for assurance that she still is a great pianist. When Ariane discovers that Melanie can read music, she takes her on as her page turner. Melanie then uses all of the older woman's vulnerabilities to bring her down.

Although some might think that Melanie achieves some kind of closure to her pain and past disappointment by hurting Ariane, others will realize that all she does is sink to the same selfish and thoughtless level of her enemy. Getting even makes Melanie into an emotional zombie incapable of natural or loving interactions with others. It boggles the mind to contemplate what might have happened between these two women if reconciliation rather than revenge had been the focus of the drama. 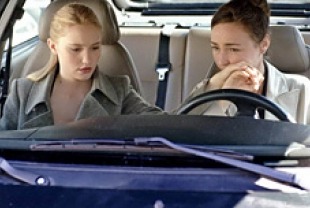 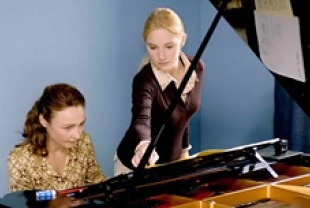