The Cats of Mirikitani

Directed by Linda Hattendorf
A compelling documentary that touches the heart with its account of a tenacious street artist's transformation thanks to the hospitality of a caring and compassionate woman.

In the summer of 2001, filmmaker Linda Hattendorf meets Jimmy Mirikitani, an 80-year-old Japanese-American artist living on the streets of Soho in New York. He calls himself a "Grand Master Artist" and paints cats and some fierce tigers along with pictures about his past. Jimmy gets by thanks to the kindness of a Korean grocer who allows him to use the outside of his store as a shelter. But nothing can protect him from the toxic fallout in the neighborhood from the tragic events of 9/11, and so the filmmaker takes Jimmy into her apartment and learns more about this amazing survivor.

He was born in 1920 in Sacramento, California, but returned with his family to Hiroshima before World War II, then escaped to the U. S. to avoid Japanese military service. Most of his relatives in Japan later died in the atomic holocaust unleashed by the United States. In America, Jimmy and his sister were sent to separate internment camps. After many bleak years at Tule Lake in northern California, he was transferred to the Seabrook Farms plant in New Jersey. There he and other detainees worked 12-hour shift six days a week until a lawyer finally won their release in 1947. Jimmy settled down in New York City where he worked as a cook, eventually getting a job as a live-in cook for a man on Park Avenue. When his employer died in the late 1980s, he wound up on the streets selling his art to passers-by while steadfastly refusing to call it commercial.

The Cats of Mirikitani is a compelling documentary about a tenacious survivor who never loses his righteous indignation against America and how it mistreated him and the thousands of other citizens put into prison camps during World War II. While watching the television reports of post 9/11 hatred of Muslims, Jimmy recalls the shattering effects of xenophobia on his own life. Hattendorf convinces him to apply for Social Security and housing benefits so that he is able to move into an assisted-living retirement center run by Village Care of New York. Thanks to her guidance, Jimmy makes a pilgrimage to the internment camp at Lake Tule in California. He is reunited with his sister, now living in Seattle, and also meets another relative, Janice Mirikitani, Poet Laureate of San Francisco and executive director of Glide Memorial Church's many programs.

Hattendorf's spiritual practice of hospitality proves to be life-transforming. This is the kind of documentary which touches the heart and reveals a genuine reverence for life and those courageous souls who have creatively survived despite great suffering and loss. 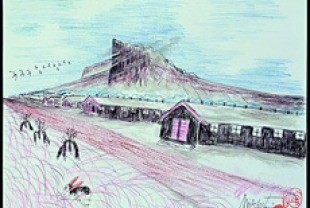 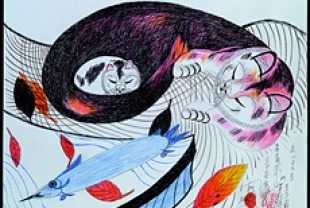