Directed by Leonardo Ricagni
An uplifting and heartening Uruguayan film about a poor and kind boy whose life is transformed during the 40 days of carnival.

Obdulio (Mathias Acuna) is a scrappy eleven year old who lives in the slums of Uruguay with his grandmother, a fortune teller, and his two younger sisters. He works all day selling newspapers for a boss who is not very nice to him. He spends the few free minutes he has every day with his best friend (Marco Da Costa) who shares his love of soccer. They meet by the water and talk about their dreams. Obdulio wants to be a famous soccer player when he grows up.

One day, thanks to the mysterious intervention of a dancing man with cymbals in each hand, this young boy who doesn't attend school meets the night watchman (Jorge Esmoris) at a newspaper. The fellow has a way with words and a creative flair which he wants to share with Obdulio. He begins teaching him to read and write. At night the boy also acts as the equipment manager for a band of carnival clowns who perform for 40 days during carnival. He also meets a bartender (Washington Canario Luna) who takes an interest in him.

Writer and director Leonardo Ricagni has fashioned an endearing portrait of a poor boy whose life is transformed during carnival. The Uruguayan film uses magical realism to convey its spiritual message of hope. It is dedicated to the children who are coming to change the world. Obdulio is a kind-hearted kid who helps a blind man across the street and endures several humiliating encounters with bullies who try to steal his money, which he is saving to purchase school uniforms for his little sisters. No wonder so many adults gravitate toward him and provide the magic he needs to turn his life around.

There are millions of invisible poor children like Obdulio in cities across the world who need our love and attention and moral support. Their needs are great, and this film shows that a very good first step to help them is mentoring. 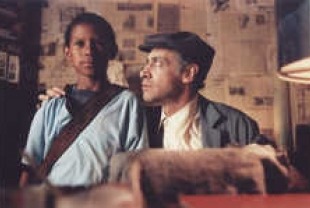