Directed by Jeffrey Blitz
One of the year's most endearing coming-of-age stories.

Teenager Hal Hefner (Reece Daniel Thompson) lives in New Jersey with his parents and older brother Earl (Vincent Piazza). He is quite traumatized when his father, Doyle (Denis O'Hare), leaves home and his mother (Lisbeth Bartlett) begins an affair with another man (Stephen Park). To make things worse, his brother constantly berates him and treats him disdainfully. Hal's self-doubts and anxiety about life manifest in an unpredictable stutter than embarrasses him in school and forces him to get special help. Whenever things overwhelm him, Hal retreats to the janitor's closet and crouches on the floor in fear.

The downward spiral of his days is halted one day by a sort of miracle. Ginny Ryerson (Anna Kendrick), a pretty girl who is a member of the high school debating team, asks him to join the squad. She has chosen him to replace Ben Wekselbaum (Nicholas D'Agosto), a brilliant fellow who dropped out of school after going blank at the New Jersey High School Policy Debate Championships the previous spring. Surprised and sexually turned on by her belief in his potential, Hal joins the team and begins learning the basic tricks of the trade from her. She is a quick wit and wizard who is totally self-confident in everything she says and does. Ginny loves having a pet project, and Hal is convinced that he is in love with her. He hopes that he will fare better than his father and mother in that arena.

Rocket Science is written and directed by Jeffrey Blitz, the filmmaker behind Spellbound. He has drawn out a touching and memorable performance from Reece Daniel Thompson as Hal. He respects this young man's many idiosyncrasies and in doing so enables us to empathize with him as he finds his true voice in the midst of harrowing circumstances and deep disappointment. In contrast to Hal, Ginny and Ben reveal the high cost of being super-achievers. Blitz does not humiliate them, but he does shows us what is lost when competition and winning consume our desires. Rocket Science blasts off as one of the year's most endearing coming-of-age stories. 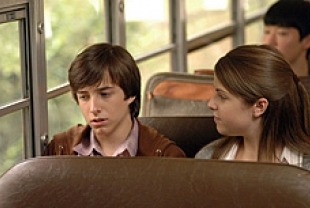 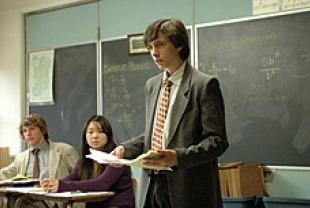