Directed by Jason Kohn
A scary documentary about the violence in Sao Paulo, Brazil, where the chasm between the super rich and the poor grows more obscene each day.

Jason Kohn has made a scary documentary about the violence in Sao Paulo, Brazil, where the gap between the super-rich and the poor is growing more obscene day by day. The population of 20 million makes this city the largest in the southern hemisphere. Many rural people move to Sao Paulo and end up living in horrific slums when they cannot find work. The rich and the powerful also live in the city but have been forced to change the way of life due to a series of kidnappings and killings. Kohn interviews a wealthy young man who complains about the expense of bulletproofing his car in an attempt to protect himself from street violence. Many members of the upper class are so frightened of kidnapping that they do not travel by car — they use helicopters to go back and forth to work. Kohn also interviews an entrepreneur selling a global microchip that can be implanted in the body and used to locate a kidnapping victim.

Patricia, a young woman with wealthy parents, talks about being kidnapped when she was 21 years old and having both her ears cut off and sent to her family before they paid the demanded ransom. Kohn profiles one of the fortunate beneficiaries of this phenomenon, Dr. Avelar, a plastic surgeon who has developed a special and very profitable niche restoring the ears of kidnap victims by using cartilage removed from their ribs. (You may find it necessary to turn away from the screen during the scenes about this procedure.) Kohn interviews a ghetto resident who has participated in several kidnappings; he sees this as just his way of getting ahead in an unjust society where wealth is not equally distributed.

The final segment in Manda Bala deals with the wheeling and dealing of Jader Barbalho, the former president of the Brazilian senate and current Congressman for the State of Para. It has taken many crusading lawyers years to try and put this politician behind bars for multiple counts of embezzlement and corruption with some cases exceeding $900 million in stolen property. But in Brazil, staying in government office means immunity from prosecution and prison. The filmmaker explores Barbalho's involvement in a $9 million dollar frog farm as a phony public works project.

Putting all the pieces together, Kohn has created a shocking documentary that presents us with a glimpse of the future class wars which may very well characterize life in more and more large cities around the world where the poor are shut out and resort to violence to express their anger. Meanwhile, the security industrial complex will grow along with this dangerous phenomenon.

Special DVD features include an audio commentary with director Jason Kohn and producers; additional scenes; and featurettes: "The S.U.D.A.M. Scheme," "Tricking the Frogs," "The Complete Rreconstruction Surgery," "Bulletproof Glass: A Love Story," and "The Helicopter Pads of Sao Paulo." 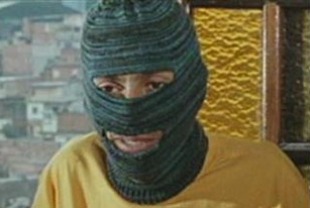 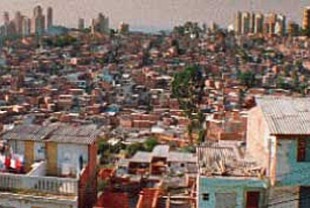