The Price of Sugar

Directed by Bill Haney
A portrait of a courageous Spanish Catholic priest in the Dominican Republic with a ministry of compassion to poor, enslaved Haitian immigrants.

Father Christopher Hartley has been in the Dominican Republic since 1997; his parish consists of Haitians living in over 60 bateyes or small villages. Raised in an aristocratic family in Spain by a father who was a British industrialist and a mother from the upper class, Hartley became a priest and spent 20 years working with Mother Teresa. Her spiritual counsel has shaped his life and ministry: "Love the poor and be holy."

The people in Father Hartley's parish were lured across the border from Haiti into the Dominican Republic by the promise of good jobs. All of them had their identification papers taken from them so that they are now undocumented workers in the sugar plantations — basically they are slaves. They spend twelve hours a day, seven days a week, in the fields cutting cane with machetes. In the shanty towns built by the plantation owners there is no electricity, clean water, education, healthcare, or adequate food.

These Haitian immigrants are poorer and blacker than the Dominicans and they are hated as outsiders. Father Hartley has made it his personal mission to fight for their human rights. He has single-handedly taken on the wealthy family that owns many of the plantations and controls the media. He tells the story of sitting at the bedside of a dying man in one of Mother Teresa's houses and hearing him say softly, "I have been waiting for you." Now he is offering the same kind of compassionate presence to the Haitians.

The Haitian men, women, and children have been encouraged by Father Hartley's fight for them. He has brought in American doctors and Peace Corps workers to treat their many health problems. He has tried to get the government to build better housing for them but has had to face down angry mobs who want the houses for themselves. He has received countless death threats but refuses steadfastly to back down out. Fortunately, Father Hartley's ministry has the support of his local Catholic bishop.

Hats off to director Bill Haney who has made a powerful documentary about a modern-day saint who has dedicated his life to serving the poor and working to improve their lot. Paul Newman's narration adds to the emotional impact of this inspired work. The United States depends on the Dominican Republic for sugar and in line with our trade policy pays the country twice the world price for this product. Most Americans have no idea of the high price of pain and suffering that lies behind the sugar we put into our coffee or on our cereal every morning. After seeing this documentary, you will see in every teaspoon gaunt children who live in the shantytowns. You will remember the old man with a terrible skin disease on his swollen hand. You will hear the words of an angry young sugar cane worker who calls the place where he lives "the threshold of Hell." 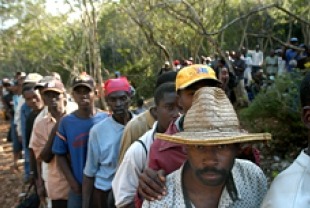 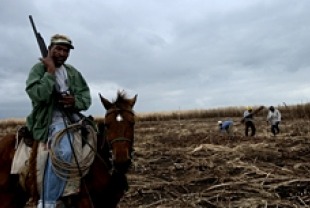 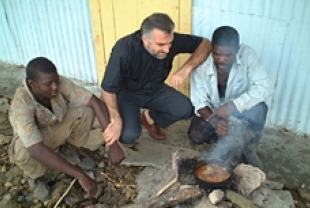 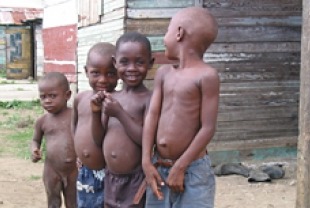