Directed by John Jeffcoat
A tour de force comedy/drama about the positive effects of cross-cultural understanding and spiritual openness.

Todd Anderson (Josh Hamilton) works for Western Novelty where he manages the order fulfillment call center in Seattle. He supervises the sales reps who answer the phones, take orders for products, and answer questions not addressed by the company's website. Anderson, who has recently broken up with his girlfriend, doesn't like his job very much; he refers to it as "selling kitsch to rednecks." Western Novelty's products include plaster of Paris bald eagles heads, Burger Branders, and cheesehead hats.

One day his boss, Dave (Matt Smith), stuns Todd with the news that his entire department is being outsourced to India where they can get "eight heads for the price of one." The company is sending him to Bombay to train his replacement and the other call center employees. He is given the option of quitting, but that would mean losing his unvested stock options and not getting any unemployment insurance payments. Todd reluctantly decides to go to India.

In the village of Gharapuri outside Bombay, he is met by Purohit (Asif Basra), the new fulfillment department manager. He is a very courteous and enthusiastic man who is genuinely excited about his new job since it means that he will make enough money to marry the woman he has loved all his life. The office turns out to be a half-constructed bunker with none of the comforts or conveniences of Todd's Seattle office.

The new staff freely admit their difficulties in understanding some of the products they are selling but Todd is more interested in getting the center's MPI ("minutes per incident") down to 6 minutes so he can consider his job done and he can go home. Even though the staff reminds him that they are "native English speakers," he wants them to work on their accents and learn American slang. The last thing Western Novelty's mostly patriotric customers want to do is talk to someone in an overseas location who has taken an American job. But misunderstandings are common. The staff is quite surprised to discover that rubbers are not school erasers in America and therefore should not be recommended to the back-to-school shopper.

Todd, whom everybody in India insists on calling Mr. Toad, overcomes his initial digestive problems from the local food but still yearns for all American cheeseburger. In Bombay at a vegetarian burger place, he meets another American supervisor who suggests that he yield to his new situation. The advice of Asha (Ayesha Dharker), a young woman in the call center, that he get to know something about India, begins to make more sense. Before long, he is sharing the leftovers from his meals with the poor laundry workers on the other side of the wall from the guesthouse where he is staying. The real breakthrough comes during the Holi holiday, when Indians playfully toss colored dye at one another. His white shirt now rainbow colored, Todd wades into a neighborhood water tank and floats amidst the other bathers.

This willingness to finally submerge himself in Indian culture affects his working relationship with Purohit and the rest of the staff. He promotes Asha to assistant manager and allows everybody to personalize their cubicles. On a trip to pick up some Western Novelty products which have been delivered by mistake to another location named Gharapuri, Todd and Asha strike up a romantic relationship. She opens his eyes to some Hindu religious practices. She explains that Kali, the goddess of destruction, is not necessarily a negative influence. She may help us end one cycle so that another can begin. How true this turns out to be!

John Jeffcoat, the director, co-wrote the screenplay with George Wing, based on some of his own experiences in Nepal and India. Blessed with wonderful performances by an appealing cast, this story also is a tour de force comedy/drama about the positive effects of cross-cultural understanding and spiritual openness. It is a sheer delight watching Todd's transformation. We can't help but root for him and his new Indian friends.

Special DVD features include "Behind the Scenes," a music video, an audio commentary, and an interview with director John Jeffcoat. 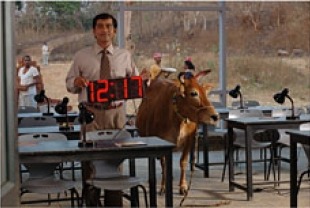 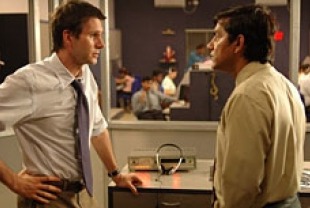 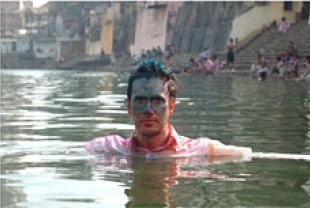 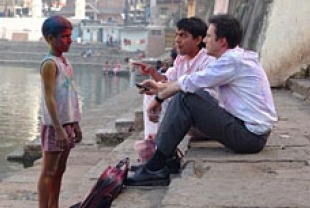 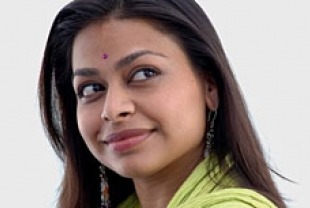 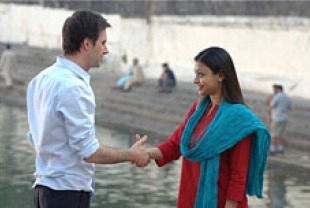