Directed by Lee Chang-dong
A compelling and poignant Korean film about a besieged widow's journey into the far country of forgiveness.

Lee Shin-ae (Jeon Do-yeon) is a widow in her thirties whose husband died in an automobile accident. She decides to move from Seoul with her young son, Jun (Seon Jeong-yeob) to her husband's old hometown, Miryang, which in Korean means "secret sunshine." After her car breaks down, Kim Jong-chan (Song Kang-ho) comes to her rescue. He runs a local garage and is a very friendly fellow. When he learns that Shin-ae intends to open a piano academy for children, he gets the word out in the town. Although she can teach, having once had a career as a concert pianist, she does not have the people skills that she needs to make it in a small community like this one. For example, Shin-ea tells a woman who runs a shop that she should paint the place to make it more appealing to customers. As a result, this woman is the first to gossip about the stranger at the beautician's.

The more Jong-chan tries to help Shin-ae, the angrier she becomes about his constant interference into her affairs. When she decides to purchase some land, he recommends a very wealthy owner. Word spreads like wildfire in Miryang, and a man who covets her money kidnaps her son and asks for a ransom. When she delivers less than the amount required, the boy is killed. At his funeral, Shin-ae's mother criticizes her for not shedding a tear and says that everyone who comes into contact with her dies. When Jong-chan takes her brother to the railroad depot, he tells him that he's not Sin-ae's type.

Deeply depressed and still grieving for Jun, Shin-ae can't find the inner resources to carry on. A born-again Christian who works at the pharmacy tells her about a revival meeting and promises that the gift of God is peace of mind and healing from life's woes. Shin-ae decides to go and breaks down in the meeting place as the minister's hand cups the crown of her head. The joy she feels takes over her life, and she begins attending Bible and prayer meetings. Inspired by her new faith, she decides that it is time to prove to God and to the world that she is an Olympic class believer. She will visit the man in prison who killed her son and forgive him. Jesus told us to love our enemies, and this is what Shin-ea wants to do. But God and the killer have a big and upsetting surprise for her: one that sends her careening into a downward spiral of self-destructive actions.

Writer and director Lee Chang-dong has made a compelling and poignant drama about one woman's journey into the far country of forgiveness. Jeon Do-yeon gives a stellar performance as Shin-ae, and Song Kang-ho is touching as her loyal friend whose love and support of her just will not diminish no matter what happens to her. The film also shines a spotlight on an important phenomenon that is transforming Korean society — the phenomenal rise of evangelical Christianity.

Special features on the DVD include an interview with director Lee Chang-dong; on the set of Secret Sunshine, a behind-the-scenes video piece featuring interviews with actors Jeon Do-yeon and Song Kang-ho; the U.S. theatrical trailer; and a booklet featuring an essay by film critic Dennis Lim. 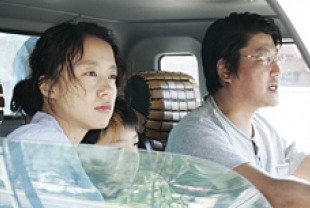 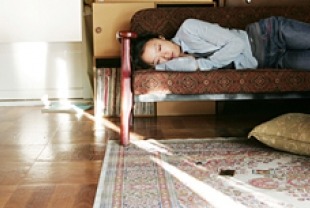