Directed by Daniel Karslake
An important and edifying documentary that can convince many to open their hearts and their minds to support gay and lesbian equality.

The virulent and widespread hated of homosexuals within the Christian community is the most divisive and lamentable thing imaginable for a religion based on the inclusive approach of Jesus and the compassion of God. But within the same Bible that emphasizes these loving motifs are passages which fundamentalists have used as weapons against gays and lesbians. They point to nine scripture passages, including those in Leviticus 18 and 20, as proof that the Bible condemns as unnatural and deviant behavior same-sex relationships. The battle lines are drawn, and Christianity in America is in the midst of important discussions and debate over the meaning of God, faith, sexuality, the ordination of gay clergy, and same-sex marriages.

Daniel Karslake has made a hard-hitting, ethically deep, and thought-provoking documentary that will open many minds and hearts about homosexuals, the Bible, and healing that has to take place in families with gay or lesbian children. An interfaith mixture of clergy cogently explain that all the Scriptural passages used to condemn homosexuality must be taken in context and read as cultural norms of a different time and place than the present. They include Dr. Laurence Keene of the Disciples of Christ; Reverend Peter Gomes of Harvard University; Reverend Steven Kindle of Clergy United, Reverend Susan Sparks of the American Baptist Church, Reverend Mel White of Soulforce, Rabbi Brian Zachary Mayer, and Archbishop Desmond Tutu, Nobel Peace Prize Laureate. One example of their teaching: Just above the Leviticus text in which Moses says that a man being with a man as with a woman is an abomination, Moses also says it is an abomination to eat shrimp or rabbit. The theologians make a convincing case that Bible literalists are getting it wrong and are misusing texts as weapons in the culture wars. Bishop John Shelby Spong's book The Sins of Scripture: Exposing the Bible's Texts of Hate to Reveal the God of Love made some of the same points.

By far the most moving section of this soulful and edifying documentary comes with the four portraits of families with gay or lesbian children. The first is Gene Robinson, the first openly gay bishop to be consecrated by the Episcopal Church. His story reveals the vehemence of many conservative Christians who refuse to accept this holy and affirming event. Robinson discusses his coming out to his parents and the changes that resulted from the news.

A more traditional minister couple — Brenda and David Poteat — have a much harder time accepting their lesbian daughter Tonia. Former U.S. Representative Dick Gephardt and is wife Jane are very supportive of their daughter Chrissy, who made national headlines around the country with her forthright statements about her lesbianism. The last parents in the documentary are totally transformed into activists by their children. Randi and Phil Reitan, Lutherans from the Midwest, stand by their son Jake and even deliver a letter of protest to the leader of Focus on the Family, a fundamentalist Christian group in Colorado. And following the suicide of her daughter Ana, Mary Lou Wallner becomes an outspoken opponent of homophobia.

Daniel Karslake has done us all a great moral service by creating For the Bible Tells Me So. It presents the tolerant and loving point of view of open-minded Christians, a group that doesn't get a lot of press and so some people think they don't exist. One of the many ways to support lesbian and gay equality is to take a group to see and discuss this documentary. Hopefully, this movie will empower a new generation of activists and allies. 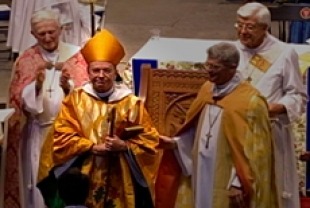 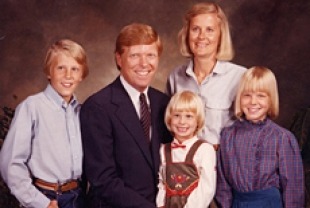 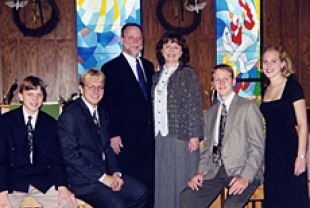